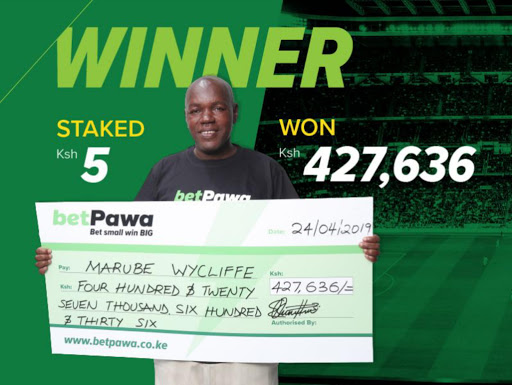 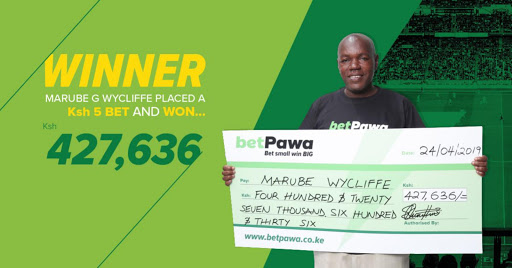 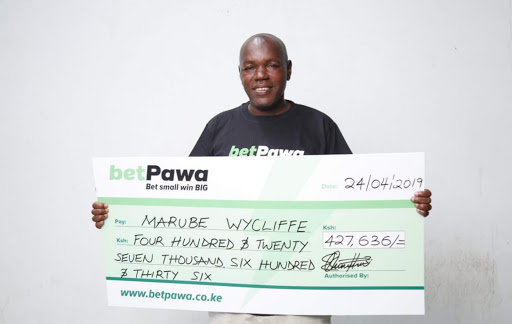 Wycliffe carefully analysed all 20 matches before adding them to his winning bet slip by checking the teams performance and current rankings in there respective leagues. He’s been betting for some time but recently decided to take the decision to switch over to betPawa in 2018 as betPawa is one of the only betting companies who allow customers to place bets with small stakes.

“We were in Mombasa at the time”

He got back to the hotel that he was staying in with his wife, and that’s when he checked his betPawa account again but this time, he was in for a BIG surprise! He saw that all matches had finished and that he predicted the correct outcomes for all 20 matches he was as excited as anyone would be, the first person who he told was his wife but didn’t believe him at the time.

Wycliffe now wants to take on the Ksh 20 Million Jackpot

He sees himself winning BIGGER next time, and his next challenge is to win BIG on betPawas Ksh 20 million Jackpot. He’s already managed to correctly predict the outcomes of 20 matches so the Jackpot looks like a real possibility for Wycliffe.

What Is betPawa’s No Minimum Stake?

betPawa offers its customers with the genuine chance to bet small win BIG by allowing users to bet as little as Ksh 1.

What Is betPawa’s Win Bonus?

betPawa offers the best win bonus in Kenya, allowing users to win up to 100% extra. With 50% for 10 correct picks and 100% for 20 correct picks or more, meaning you get much more in return!

is the easiest way to bet online safely and securely. With the best odds and no minimum stake, you can bet as little as 1 Ksh and add up to a 100% win bonus, making it easier than ever to bet small win BIG!