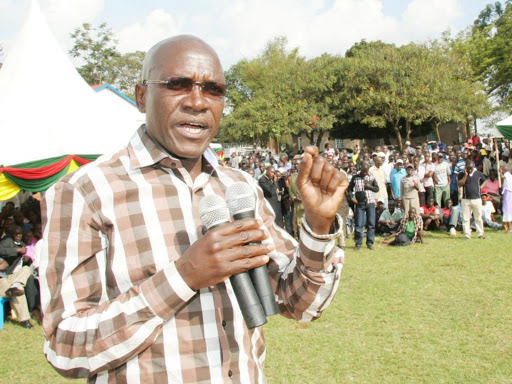 Boni Khalwale has been agreeing more and more with what the Jubilee government has been doing, if you take his recent comments. One even wonders if they are living in a parallel universe? How can the former Kakamega senator be so enthusiastic about the new government's measures, when he nary agreed with them when he was still a legislator. Wonders never cease is all we can say.

But the bullfighter as he is affectionately referred to by some has come out to defend the government's actions. He said what Sportpesa was doing was tantamount to blackmail and that Uhuru Kenyatta should not be taken hostage. He made his point in a couple of tweets. He wrote:

must resist the blackmail by ! This fellows rake in, in excess of 15 billion per annum, without as little as selling any goods or services. They must pay tax! We cannot just turn our country into a national casino!

He reaffirmed his position later in another tweet writing:

I repeat. Kenya cannot and must not be turned into one giant national casino! So as to please some people, included!

Whatever your opinion on and betting companies, this is a delicate matter that should be dealt with sensitively. I believe that there is a middle ground that can be reached if a compromise was to be had.