'STUPID F**KBOY! I Can't Get Pregnant,' Vera Sidika Attacks Ex After He Alleged That She Aborted Their Baby (SCREENSHOTS) 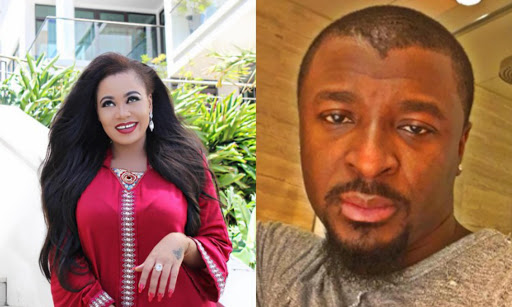 Snapchat is on fire!

The two were the envy of the town a few months ago but right now, they are the laughing stock of the city.

Vera broke up with Yomi late last year and it seems she has moved on while the Nigerian man is still trying to get back to her.

Just recently, Nairobi Diaries socialite was spotted in the company of Yomi leaving Kenyans wondering why he settled for a D lister.

Yomi also, went ahead to pour out his heart claiming that Vera Sidika aborted his child.

“DRAMA BEGAN IN MAY WHEN WE HAD AN ARGUMENT AND SHE WENT TO NIGERIA CLAIMING SHE WAS GOING TO ABORT MY BABY THERE. I BEGGED HER NOT TO DO IT, BUT SHE WENT AHEAD. I WAS ANGRY AND I CUT OFF COMMUNICATION WITH HER. I WAS SHOCKED WHEN SHE LATER CLAIMED SHE HAD SUFFERED A MISCARRIAGE AND THAT I BEAT HER UP. I KNOW MY TRUTH AND I HAVE NEVER LAID MY HANDS ON VERA,” HE TOLD PUlse.

The and Sidika has come out to confess that she cannot give birth. She is on a contraceptive method. Vera has shut down Yomi. The well-endowed socialite who recently revealed that Yomi was a batterer, has taken to social media to reveal the NAKED TRUTH about this Yoruba devil and shock on you, Yomi is not what he tells people he is.

According to Sidika, Yomi is struggling to make ends meet and here are the screenshots of her ranting on Snapchat.