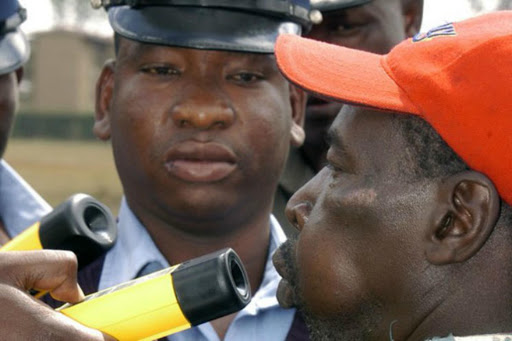 All staff at Safaricom HQ on Monday had to undergo a mandatory alcoblow check to ascertain whether they had been drinking.

The move was implemented from the top down irrespective of rank. Everyone from the top brass to the rank and file and on to the subordinate staff were forced to take the sobriety test right at the entrance of Safaricom House.

Anyone who refused to comply with the instructions issued by the security staff was denied access to the premises.

Normally sobriety tests by alcoblow only takes place when there is suspicion of inebriation. Presumably Safaricom had an issue with some of their staff on Monday mornings.

Most employees contracts stipulate that they should not operate machinery while inebriated (or come to work drunk for that matter) but there is no guideline in place to decide when an employee is in fact "drunk" and should it be tested.

Hmm. What will happen with the list of individuals who failed their sobriety test?

Keep it Mpasho for more details as they unfold!