Michael is the only son of the late CS Magoha

• Magoha and his wife Barbara looked happy as they enjoyed themselves with smiles. 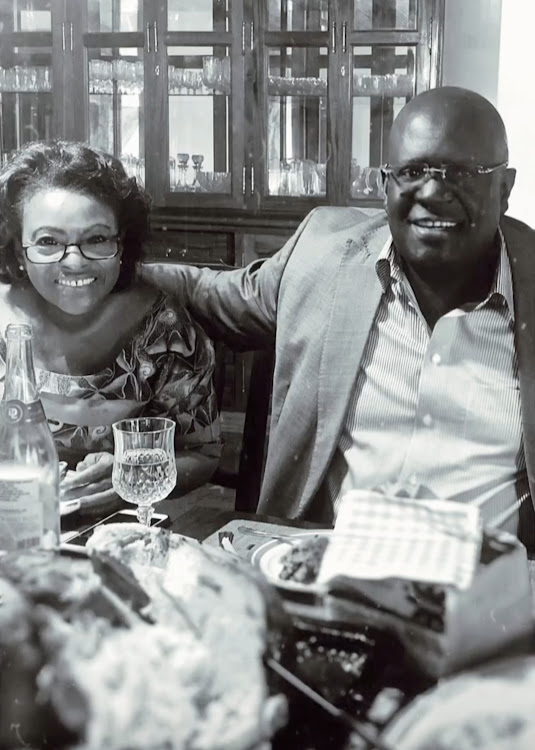 Magoha and his wife during their happy times
Image: courtesy

Dr. Michael Magoha, the only son of former education CS, George Magoha has broken his silence following the demise of his dad.

The former CS passed away on Tuesday at the Nairobi Hospital.

Magoha's son who is a medical doctor through his Instagram page shared a cute tribute video of his dad with his mum during a birthday party.

In the TBT videos, Magoha and his wife Barbara looked happy as they enjoyed themselves with smiley faces.

In front of them were two cakes, and his wife is seen helping him cut the cakes.

In a different video, Michael shared a photo of his parents, posing in a cute photo as Magoha's hand is over his wife's shoulder.

Magoha was very close to his family and even hours before his death, he asked all his family members to converge at his home. 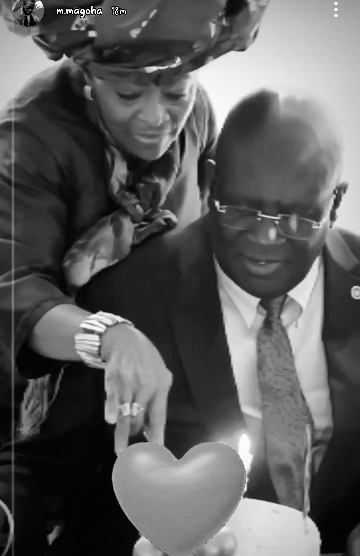 Magoha and his wife during their happy times

Speaking at Lee Funeral Home, Magoha’s close friend Professor Walter Mwanda narrated his last moments and all the people he spoke to.

“He said he wanted to see me urgently and I was at a clinic at the Kenya National Hospital seeing a patient and I call a colleague to take over.

"I rushed to my car and as I was driving, his wife called again and asked me whether I had a blood pressure machine.

"I rushed back to my clinic and got a blood pressure machine. As I was about 4 kilometres from the home, she texted and asked if I could get an ambulance.

"I was too close to their home and there was traffic next to the home, at the gate. I met some assistant who rushed me in. I met the son at the door, who rushed me to where he was.

"He was seated actually and said ooh you have come. I said we take the blood pressure but it was not recording.

"At that time he slipped off from his sitting position and we carried him to the car, we went into the car, and the wife and my driver followed. They were ahead of us by about 200 metres.

"They reached about 10 minutes earlier than us and from the information, he had what we call a collapse.

"He was resuscitated back by his son who is a medical doctor and then near Nairobi Hospital, he collapsed again.

"He was rushed to causality, there was resuscitation which took a bit of time but they were unable to revive him.

"What I know is that he was waiting for me, because he had told me some things about his life and his final days,". 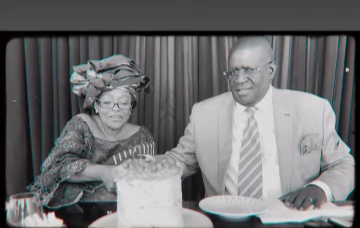 Magoha's son shares never seen photos of his dad and mum during a birthday
Image: courtesy

To the University of Nairobi students, former Education CS George Magoha was a “Buffalo.” To many who worked with him in the education sector,
Lifestyle
1 week ago