Patience says infidelity in marriage is not a deal breaker

• Cheating is not a deal breaker for her and she would not leave her marriage over an affair.

•The actress explains her children begged her not to remarry 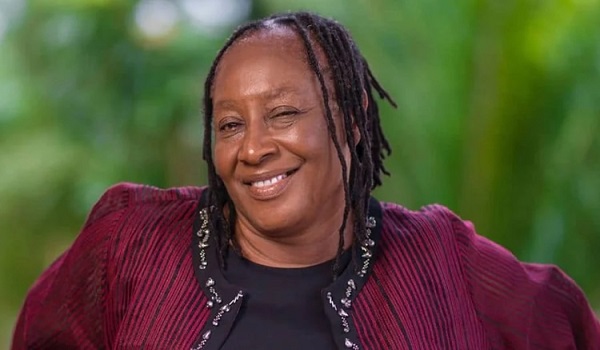 Nigerian actress Patience Ozokwor alias Mama G has declared that she will never leave her home for a side chick to take over.

The thespian stated this while having a one-on-one conversation with her colleague, Mercy Johnson Okojie, on her cooking show, Mercy’s Menu.

She added "God is not against separation. What God doesn't want is divorce"

“I will not leave my house for anybody. You are the visitor that came in. Find your way out. I will hold onto my family and polish it so that I sweep out all the dirt and have a peaceful home again.”

Speaking on the advice she would give women with unfaithful husbands, Patience Ozokwor, who lost her husband in 2000, said cheating is not a deal breaker for her and she would not leave her marriage over an affair.

She said her husband’s mistress should be the one to leave because she is the intruder.

She added that she would rather hold on to her family until peace is restored than walk away.

She however stated that if her husband continues cheating and is unwilling to change, he would be the one to leave the house.

Patience has never remarried since her husband died.

The veteran actress confessed that the decision not to remarry after the death of her late husband was because her children requested her not to remarry.

Her grown children convinced her they would take care of her and thus she would not feel a deep loss and the impact of the loss.

She admitted there isn’t any sacrifice one makes that’s too big for the sake of one’s family.

"I actually wanted to remarry but it was too late because my children were already grown and they pleaded with me and said we know why you want to remarry but we want to ask you to please stay for us.

"We are going to be your husband that will take good care of you because we are all grown,"

She added that they didn't want friends to laugh at them.

Patience added; "But I understood why they did it it worked fine for me so I decided not to remarry,".

Former Churchill show comedian Eric Omondi is on good terms with all the women he has ever dated.
Entertainment
4 days ago

Yeforian, the man who was married to content creator Nairofey has come out to dispel the claims his ex-wife made about him after announcing their ...
Entertainment
2 days ago