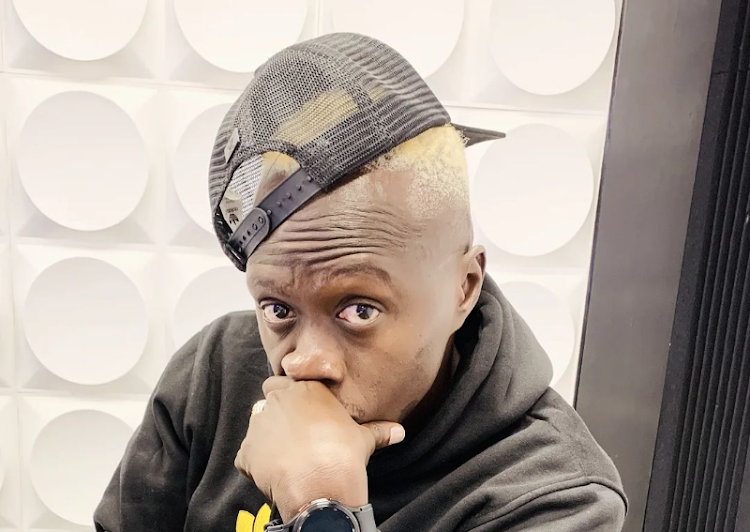 He says he got upset after Ali did an interview with Obinna's baby mama.

" Mimi na presenter Ali are enemies   He interviewed my baby mama and they spent an hour spreading lies.

Do not include family in your wars.

Get your facts before you go spreading rumours."An upset Obinna told Kamene

Kamene also confirmed she does not like Ali after he kept her waiting.

Days ago Ali was trending after Kibe exposed threatens sent to him by his fellow Youtuber.

In private messages between the two, Ali expressed displeasure at the manner in which Kibe has been bashing him together with his wife.

A fed up Ali said;

Kibe replied; “Get out of your feelings and never ever try to threaten me again,”.

However, Presenter Ali hit back waning Kibe to totally refrain from mentioning his name or else his channel will suffer.

“I’m not threatening you I’m telling you Mzee" Adding; Okay nitaje mara mbili Tena if you are a man enough,”.

Just the other Kibe unleashed his criticism on several Kenyan YouTubers saying they dropped the ball after getting into relationships.

Some of the YouTubers Kibe touched on include Nicholas Kioko, Presenter Ali, and Commentator.

“All these guys who were interviewers, the like of Nicholas Kioko, Presenter Ali, and Commentator;

“As soon as they got some fame women checked into their lives. These guys were hustlers, they hustled, and immediately they started making money, women came into their lives. We have not been hearing about them. Now they are focusing on their women and all their content is about their women. Ooh, I bought my girlfriend a car, who cares? Kibe said.

This is not the first time the US Podcaster is launching attacks on Kenyan YouTubers and other Kenyan celebrities.

Former Churchill show comedian Eric Omondi is on good terms with all the women he has ever dated.
Entertainment
4 days ago

Kiss FM morning show presenter Oga Obinna is facing lots of criticism online after he decided to air out his linen in public.
Entertainment
2 weeks ago

Oga Obinna says he and Pendo are just good friends.
Entertainment
3 weeks ago

Kenyan socialite Pendo has been exposed as the woman in the viral picture with Kiss FM presenter Oga Obinna that was shared on New Year's day.
Entertainment
3 weeks ago