He died at the Nairobi hospital on Tuesday aged 71.

• Celebrities have been sending in condolence messages to Magoha's family.

• Magoha was pronounced dead after efforts to resuscitate him failed. 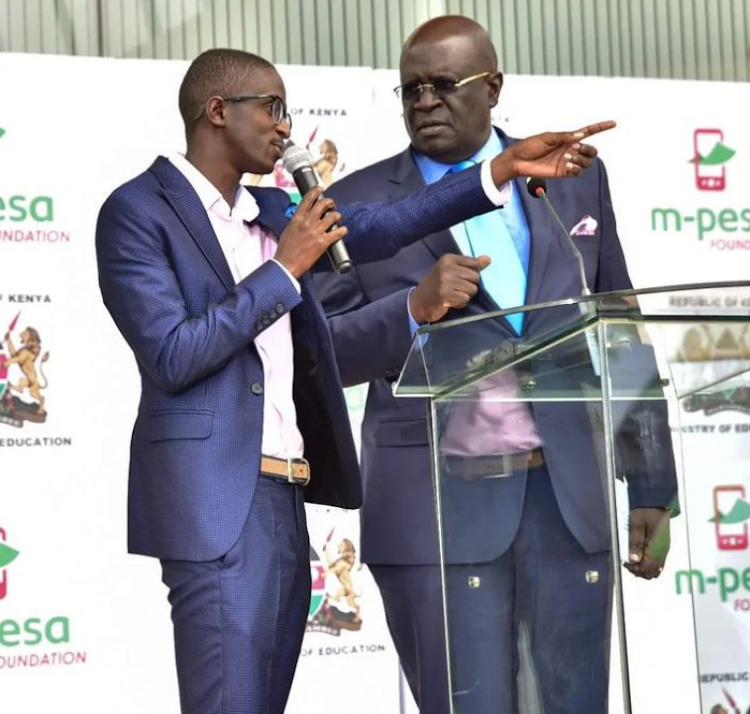 The country is mourning after the death of former education CS George Magoha.

Magoha was pronounced dead after efforts to resuscitate him failed.

According to a statement by Nairobi Hospital's CEO James Nyamongo, Magoha first collapsed at home.

Following his demise, politicians and celebrities have been sending in condolence messages to his family.

"R.I.P Prof. How your presence is felt in the education sector now and beyond...especially now and even for a long time. Academic Giant has fallen."

Jahmby Koikai: Rest in peace to a man of great intellect, work ethic and discipline. Dr. George Magoha, son of Magoha. The no non-sense Cabinet Secretary.Thank you for your years of service to the people of Kenya. He always lived by the words of his former headmaster, the late Dr. Griffiths, that if you're given a job, do it well and always do the right thing.Hii nayo inauma. Mungu ailaze roho yake mahali pema.

Babu Owino: REST IN POWER PROFESSOR. Grief is just love with no place to go.You will be with whom you love Professor.To Him we belong and to Him we return.”Babu you are tried and tested and you can be anything in this country.Go and save this country.”That’s what you told me Prof when I graduated from the University Of Nairobi.You were the ONLY BEST DECISION Uhuru Kenyatta made during his tenure.

Comedian Hamo: Prof you have fought the good fight, you have finished the race Rest in perfect peace hon prof George Magoha."