That’s not me - Azziad Nasenya addresses her alleged leaked video

• Nasenya has distanced herself from the said video, asking Kenyans to do better and stop peddling fake news.

• The media personality also appealed to Kenyans to stop cyberbullying others and learn to celebrate things that uplift them. 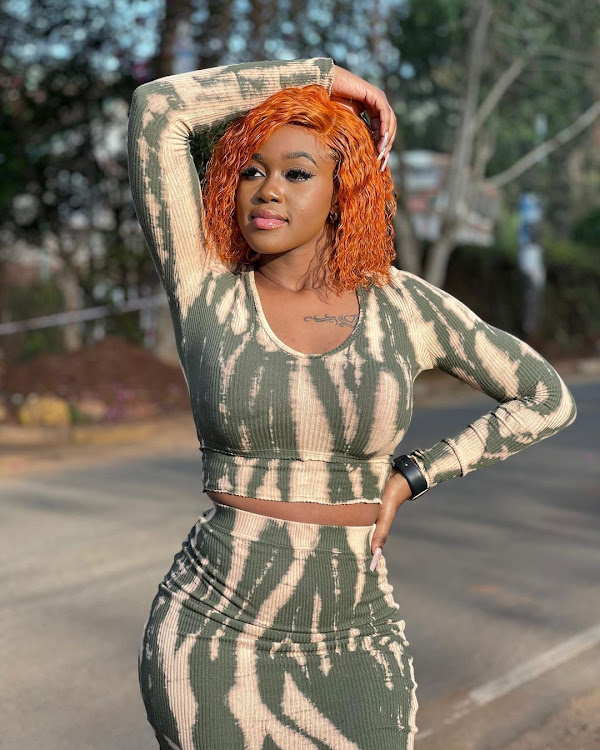 Award-winning content Creator Azziad Nasenya has cleared the air after reports went viral on Twitter that her intimate video had leaked.

In an update, Nasenya has distanced herself from the said video, asking Kenyans to do better and stop peddling fake news.

The media personality also appealed to Kenyans to stop cyberbullying others and learn to celebrate things that uplift them.

“I’m sure by now most of you have seen it and I’m here to burst your bubble because that is not me. And I am grateful to my online family for coming forward and saying that is not me.

"I feel like it's 2023 and I am over here minding my business and you are over there in my business? We should not be in the business of creating false information around such topics because if you are spreading such information then you are being an enabler to cyber bullying which is not cool," she said in part.

She continued to say;

We should do better; call yourself into a meeting kidogo. I always say life has simple rules, Pray to God, Work hard, mind your business and always show kindness,”.

On Monday, Azziad Nasenya was a trending topic on Twitter after KOT alleged that her video had leaked- something she had denied.

Just the other day, media personality Betty Kyallo was also a victim of fake news.

Betty, through her management, warned that she will be taking legal action against those peddling fake news using her name.

"...We have been assured that any persons (s) and/or blogs, or social media accounts found guilty of originating the false news will be prosecuted,".

In the statement, Betty mentioned that the fake news is an attempt to tarnish her brand which has been built over a decade.

The significant lesson Azziad learnt in 2022

• The content creator's message was about walking away from a bad deal.
Entertainment
3 weeks ago

Media personality Betty Kyallo has threatened to sue any person planning to leak any explicit content about her.
Entertainment
1 week ago