Snakes to heights: List of celebs and their phobias

Diamond is afraid of heights. 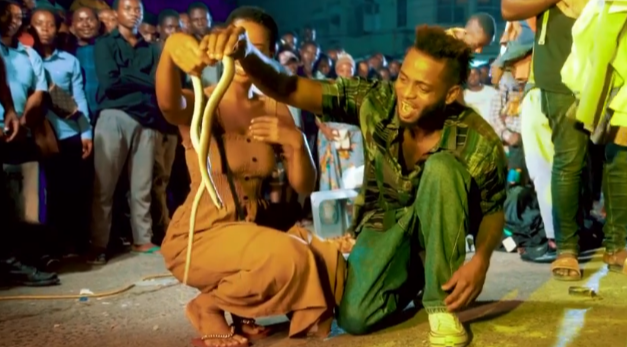 Singer Diamond Platnumz has revealed that his biggest phobia is Acrophobia

Ironically it is not snakes as many people thought.

A phobia is an anxiety disorder defined by a persistent and excessive fear of an object or situation.

Phobias typically result in a rapid onset of fear and are usually present for more than six months.

The Tanzanian star has which means having an extreme or irrational fear of heights.

The Wasafi boss said that he fears heights more than anything else in life.

He said that he would rather be in a room with hundreds of snakes but not step anywhere higher.

“Gimmie 100 Snakes I can chill with them in the room but Heights, Hell No!… Even Standing on top of the Table feels like a suicide attempt to me, because I have acrophobia… You can imagine how stressful this one was🤦🏻‍♂️,” Diamond Plantmuz wrote.

Below are phobias of other prominent celebrities;

Justin Timberlake: He has a phobia towards spiders that he once needed to call for assistance to remove the eight-legged insect.

Madonna- This is the fear of thunder or storms that cause loud booming noises.

Do you have a phobia? What do you fear most?

Diamond reveals his first girlfriend dumped him since he was broke

Diamond Platnumz has a new song dubbed 'Yatapita' and his fans are relating to it.
Entertainment
2 weeks ago

Award-winning Tanzanian singer Diamond Platnumz has made known his fear of heights.
Entertainment
2 weeks ago

His sister Esma said she was surprised that her brother can boldly play with a snake yet he is afraid of their dogs.
Entertainment
2 weeks ago