Size 8: 'My children being alive is a great miracle!'

The pastor hinted that she would be childless if not for God's miracle.

• The singer noted that the two are still alive and healthy is a great miracle done by God.

• God stood in the gap and gave me victory. Hallelujah we praise the name of the Lord," he said. 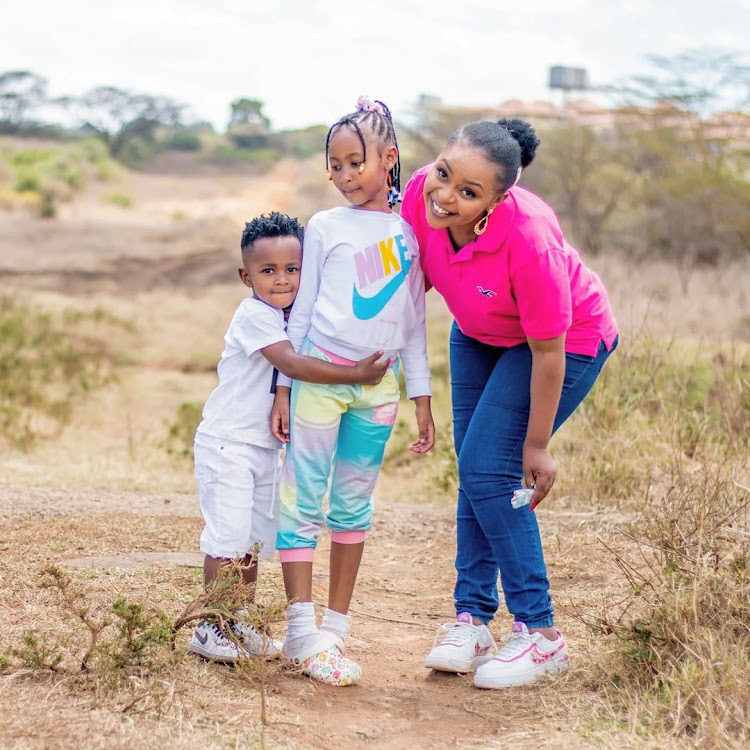 Gospel singer Linet Munyali aka Size 8 has celebrated her two children, Ladasha Belle Muraya and Muraya Jr and thanked God for them.

Speaking on social media on Sunday, the servant of God hinted that there was a big story behind her giving birth to her children that not many were aware of.

She noted that her kids are alive and healthy, something that is a great miracle done by the Almighty.

"Oh! my heart is full of gratitude to the highest God my Father through Jesus Christ for his power in my life. Not many know my story when it comes to giving birth to children but the few who know the stories of these two children know that their being alive is a great miracle of God," he said on Instagram and attached his message to a video of his sons playing.

The former secular music singer hinted that she would be childless if not for God's miracle. "JESUS CHRIST thank you for not allowing the devil to win by causing me to be childless... God, you stood in the gap and gave me victory..... HALLELUJAH WE BLESS THE NAME OF THE LORD....." she said.

In 2021, the musician lost the pregnancy of what would have been their third child due to high blood pressure.

In an interview last year, she revealed that she had been battling high blood pressure for the past five years.

Size 8 said her husband has been an important pillar in her struggle with high blood pressure narrating that he had been encouraging her and urging her not to give up.

Dj Mo said the ups and downs in marriage and having God at the centre of their marriage have kept them strong.
Entertainment
2 weeks ago

The matter of DNA has once again gained traction after the cost and availability of the DNA test kit became a topic of discussion on Monday.
Exclusives
2 weeks ago

Size 8 allegedly turns down make up artist for being gay