Henry Desagu shares challenges of growing up in a polygamous home

•Desagu studied Economics, but didn't complete his studies at KU 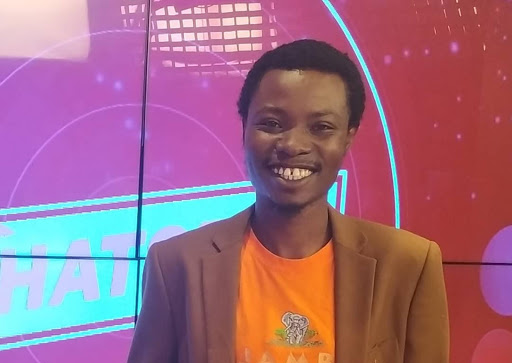 Kenyan Comedian and digital content creator Ithagu Kibicho, aka Desagu has opened up on growing up in a polygamous family and its challenges.

Appearing on the Iko Nini podcast, the Prince of Mwihoko divulged that his father managed his two wives well and avoided drama at all costs.

However, he insists that everything was not rosy.

According to Desagu, his father was a tough man - ensuring that everyone in the family was disciplined. He also ensured that school fees is paid on time for all his children.

The social media megastar disclosed that his nickname 'Desagu' was coined from his real name Ithagu - his father's surname name.

Having a small body, the comedian was inspired to juice up his name by adding 'De' -making him sound big and in the long run, get - The son of Ithagu.

The Nakuru-born celebrity grew up in Lanet, his father had two wives, with 14 kids in total.

Did his mother break the first marriage?

Were there fights between the two wives?

"Hamuwezi skizana when he is there no, but like now he has passed on is when there are issues, but we are big now when he was alive, mzee unamwambia nini na pesa ni yake? kila kitu anahandle,".

Henry studied economics at Kenyatta University but did not graduate.

Desagu noted that getting a TV job while still on campus prompted him to shelve his studies for some time.

"By third year nikapewa job kama kuscript write on TV, so class unaenda mara hujaenda, and then it was also campaign time, so even those units are for the campaign time," he said.

He picked money over education.

He promises to complete his education in 2023.

Captain Kale- Defend your man even if he disowns you