• Education CS Ezekiel Machogu stated there was no cheating, despite the majority of schools reporting unusual mean scores in the KCSE results that were released. 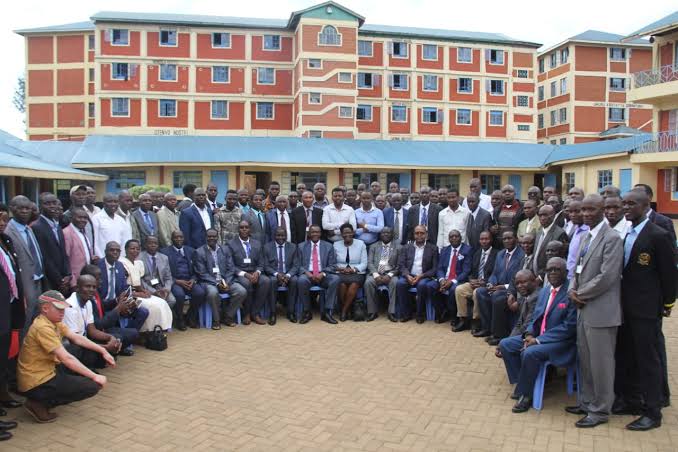 For the past few days, the 2022 KCSE results have been a topic that has dominated the headlines with parents, teachers, and different stakeholders trying hard to give an analysis of the results.

Several schools surprised Kenyans with how they performed in the KCSE examinations – some registered too good grades while others were disappointing.

For, example, Nyambaria High school in Nyamira County shocked many after their student performed exceptionally well.

A total of 411 students got As in the KCSE exams – and the rest posted grades that gave them direct entry into University.

“I thank each and every stakeholder including the neighbouring schools because we always share and interact, especially through the exchange program,". 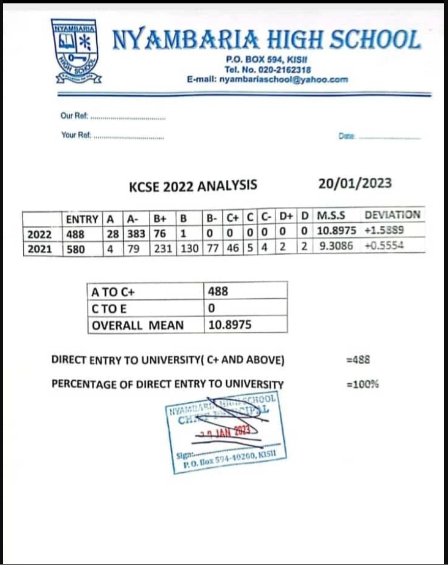 It is a Seventh-day Adventist school that was established in 1966 as a small school, with few dormitories, but has grown considerably since then.

Nyambaria School now has a student population of over 2200 and its a National school. The school has always maintained a good run in the KCSE examinations over the years.

At the same time, Education CS Ezekiel Machogu stated there was no cheating, despite the majority of schools reporting unusual mean scores in the KCSE results that were released.

There is always the option of going back to school and redoing the exams.
Entertainment
2 weeks ago

Trio Mio reveals the course he wants to pursue at University

Kenyan Young rapper Trio Mio has revealed the course he wants to pursue at the tertiary level after the release of the 2022 KCSE results.
Entertainment
2 weeks ago