Don't give out everything demanded by your daughter, life is not designed that way - a fan said

• Many reacted the Tweet saying that the young girl should know that back in the day birthdays were unheard of. 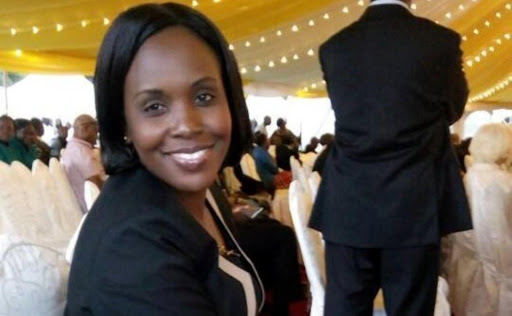 Linda Ogutu Her daughter has requested a Gucci bag as a gift.

TV personality Linda Ogutu was left shocked after her daughter requested a Gucci bag as her birthday gift.

She was lost for words given legit Gucci bags cost an arm and a leg.

"My daughter wants a Gucci bag for her birthday....banange, during our time we would ask for chips, soda, and goody goody Magi to angoooo?"

She now says she can't afford to gift her daughter such.

"I can't give her that. I need to show this one how bad the economy is."

Many reacted the Tweet saying that the young girl should know that back in the day birthdays were unheard of.

@mdmwene: I have been asked for a smart phone, na ikuwe na memory kubwa na isihang...

@ouko90sillas: Chips gi soda? sisi birthday tulijua when we began to date spoilt girls and spent on their wishful birthdays. in short, we didnt know what it meant until maybe high school.

@Shamba_Boy1: Don't give out everything demanded by your daughter, life is not designed that way, at times let her know that you can lack.

@ChapaaOnline: If you buy Gucci now, according to Maslow's theory, you should probably buy a brand-new car in some years to come. Teach them not to ask but to be grateful for whatever the parent provides.

a@mwalimuabel: I never knew there was birthday celebration growing up now I don't want pressure from this young human beings @lindahoguttu umesikia

@WairimuWambui9: My mom used to give us 50cents to buy those small biscuits and still demand for change well that's if she remembers the dates .

@fmwachirake: Nimekwama hapo kwa goody goody trying to calculate your age, so what I need from you to finalise this exercise is how much were you buying patco. I was buying 4 for ten cent.

@SiapongK: Heri nyinyi .Sisi wa village only heard or saw birthdays when the cool kid in the village has one

Landlady who waived January rent explains how she got rich

Martha has built a two bedroom house for herself near her rentals that also houses her daughter who is a teen.
Entertainment
2 weeks ago

Diana defends self after Balenciaga sweater landed her in trouble

Content creator Diana Marua Bahati has finally come out to address claims that she was in support of Balenciaga as the whole world was boycotting the ...
Entertainment
1 month ago

Crristiano Ronaldo is leaving Manchester United with immediate effect after a viral interview of him criticizing the team's management.
News
2 months ago