KEMSA restocks Sure condoms ahead of Valentine's day

KEMSA CEO has dismissed the earlier rumours that there was a shortage of condoms in the country.

• Health Cabinet Secretary Susan Nakhumicha also confirmed the news adding that the country was well stocked with the contraceptives. 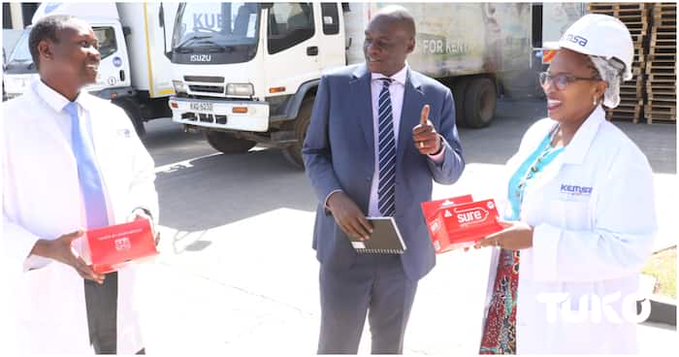 Sure condoms distributed by the government have finally been restocked.

The CEO has also dismissed the earlier rumours that there was a shortage of condoms in the country.

In an interview with the press, the CEO said that the government had enough stalk of the substance in its warehouse.

Nakhumicha had assured that there were enough condoms and if there was a challenge, then it would be the distribution of the commodity.

"There is no shortage challenge because we have enough in store. The only hitch could be that health facilities where the commodity has been said to be out of supply failed to consolidate their orders and send them to KEMSA for dispatching in good time," she said.

It was recently revealed that Nairobi has recorded an increase in the number of cases of people with Super Gonorrhea.

The illness which is transmitted sexually is an adaptive and endurable disease that copes with every medicine that is produced.

This disease may have been brought into that county by visitors who thronged that county for the festive celebrations.

As a result, medical health workers have since cautioned Nairobi residents against having unprotected sexual intercourse saying that as it stands this disease is deadly and they still don't have its cure.

A strand of gonorrhoea resistant to most drugs used to treat the disease is now in Nairobi.
News
2 weeks ago