He trended with the Kuna Kuna dance challenge

• The man impressed Kenyans with his good dance moves that were in sync with the Kuna Kuna song. 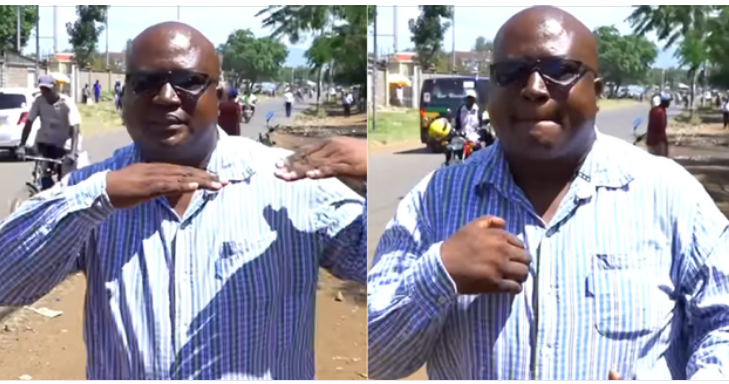 John Ogilo, the dancing chief from Kisumu has been picked to promote Huduma Kenya services in Kisumu.

This is in addition to his role as an Assistant Chief in Kisumu Central Sub-County.

According to a video doing rounds, Mr Ogilo is heard calling on the public particularly the youth to take advantage of the extended working hours to get government services.

He then crowns the message with his viral 'Kuna Kuna' dance, showing his moves at the entrance of the building.

Previously, while speaking to Citizen TV, the Kisumu 'dancing chief' said that the viral video has endeared him to the youth, making his work easier.

The man impressed Kenyans with his good dance moves that were in sync with the Kuna Kuna song.

The video of him went viral during the festive season and up to today is shared widely online.

More videos of him have been shared in other clubs.

He explained how the video was leaked online.

"The video was totally random I had not planned for it. We had finished doing our patrol and in the evening, we went to have late lunch then we entered there where we were conducting some undercover investigations on drug abuse."

The Kisumu 'dancing chief' said that the viral video has endeared him to the youth, making his work easier.
Entertainment
2 weeks ago

A video of a middle-aged man dancing vigorously to the popular hit song 'Kuna Kuna' has opened up about himself.
Lifestyle
2 weeks ago