•Cindy and  Sean announced they break up in December 2022.

• Cindy said they broke up way before that. 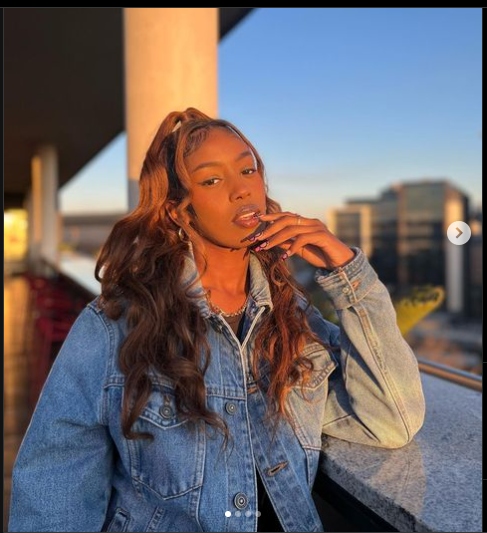 TikToker Cindy K has come out to address her breakup with radio presenter Sean Prezzy after a month.

In an interview with Prince Newton on January 19, Cindy got candid about all the claims made about their past relationship.

What really happened? She said he chose to exit their romance.

One thing that she feels makes her relationships end? "Putting my business online, I won't be doing that"

"We broke up like a month before it was announced, so you know people are asking me how is the breakup, it was a month so I had already dealt with it hio time nilikuwa sawa."

She tells more about having dealt with the heartbreak

That though is what Sean insisted led to their breakup. Cindy dispels this allegation

"Yes, he said that and I actually called him to ask him why he would say that and he said he didn't mean to say that just it kinda came out and it's on the radio and you know once you put something out on the radio or maybe he felt like that you never know,"

She said they don't talk.

Cindy has regrets when it comes to her personal life and dating.

"I just want to do me, it's just something I have to do, personally I and Sean never had a fight even never disagreed, I think it's coz first we were friends so we always understood, so its no bad blood, till today"

Does she feel like Sean was a better man than Shaq was?

What makes her feel like that? She responded coyly

"I don't wanna talk about that but let's just give a very general answer, just very textbook kind of obvious, there are basic things girls like, like flowers and stuff like that, "

Did she hook up with Sean to make Shaq the Yungin feel bad?

"No, and the friendship had nothing to do with me, they already weren't friends before me, it's not news if they break up, but it is news when they break up and I date one of them"

Cindy's life after a dramatic break up with Shaq the Yungin