Njaanuary for who! Amber Ray flaunts bundles of cash in new video

Amber is never afraid to show off her lifestyle on social media.

• Ms Ray received the money from her Manager and friend MC Antonio – probably from a deal they had worked on before. 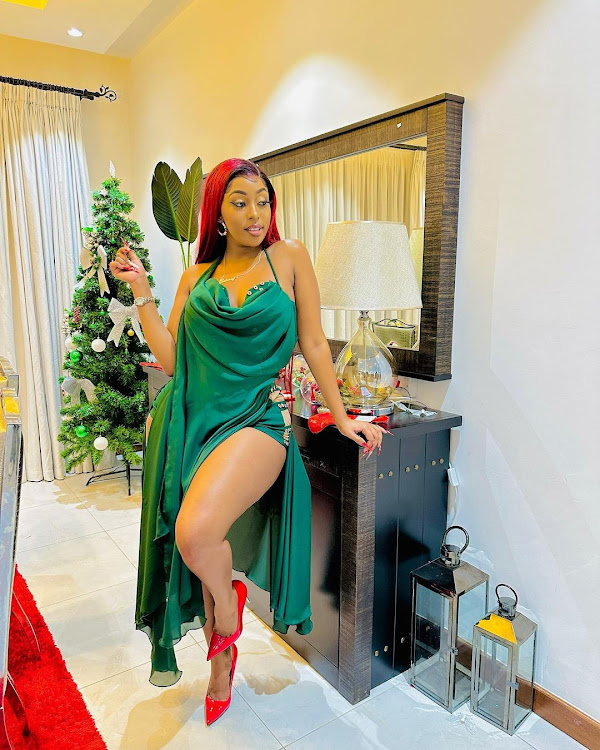 Socialite Faith Makau aka Amber Ray is out here flexing her financial muscles as he parades bundles of cash on social media.

On Wednesday, Amber used her socials to flaunt at least Sh900, 000 in cash saying 2023 had kicked in in style.

Ms Ray received the money from her Manager and friend MC Antonio – probably from a deal they had worked on before.

“2023 has started on a good note…it is real money, don’t come here saying oooh, its fake or fake,” before she went ahead to count the cash that had been divided into 100K bundles.

Amber who is the self-proclaimed president of soft is never afraid to show off her lifestyle on social media.

He is always documenting her vacation online plus her love life and just the other day she announced that she is expecting a baby with Kennedy Rapudo.

Last year, Comedian Mulamwah was also seen flaunting bundles of cash via his socials. He flaunted at least Sh1 million in cash while unwinding in the village.

In a series of videos, the comedian could be seen counting the cash as he enjoys his ‘Githeri'.

Mulamwah has invested heavily in the Bodaboda sector and currently, he owns over 15 motorbikes. This investment has been making him money while still helping unemployed youth in his rural area make a living.

Speaking in an interview with Churchill Show, Mulamwah said that so far he owns 15 bodabodas in Trans Nzioia, County and is also expecting more soon.

“There are so many in Trans Nzoia but they are keeping the youth busy and away from crime.

“Right now I have 15 but I have ordered two more. I used to hang out with some friends who are unemployed and I decided to give them boda bodas so we can both help each other. In Kitale bodaboda earn about Sh300 per day," he said.

Businesswoman Michelle Ntalami's new look on her Instagram is impressive.
Entertainment
2 weeks ago

After a week that has been dominated with the news of the killing of LGBTQ activist Edwin Chiloba and Jackton Odhiambo confessing to have killed him ...
Entertainment
2 weeks ago

Amber revealed that she had miscarried Jamal's pregnancy.
Entertainment
3 weeks ago