Eric Omondi responds to Shakila's claim he owes her money

• The claimed president of comedy said that he had told them before that it was upon them to promote themselves with the show.

• Eric testified  that he didn't pay anyone either way for season one. 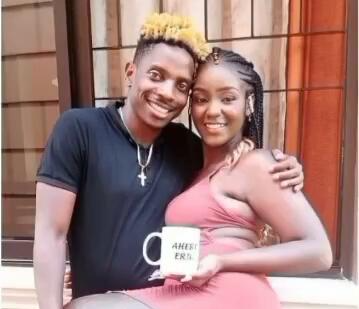 Popular Kenyan comedian Eric Omondi has responded to Shakila's remarks that she was never paid for a wife material show.

Eric omondi has earlier today clarified that she paid Shakila a sum worth Ksh, 18000 for season 2 and he acknowledged that he didn't give anyone a penny for season 1.

The claimed president of comedy said that he had told them before that it was upon them to promote themselves with the show.

He testified that he didn't pay anyone either way for season one.

The said socialite on her Instagram live said that content creator, Eric Omondi did not pay her totally and they were no longer in good terms.

To her it was so unfair of Eric because she felt Eric Omondi was using her, draining her energy without pay.

"Me and Eric we don't speak no more, there are some issues that happened between us and it was in an essence that whenever Eric wanted to do an advert when he wanted to do a video, he used to call me .like for instance wife material season one, he was so biased. Eric has never picked up my call till then when I request my money."

The veteran comedian later clapped back on her clip that had surfaced online and in the comment section, Omondi said that he wonders why people have to use his name to stay relevant.

The keyboard warriors seem to be pissed off by Shakila's recent allegations, throwing shades from one person to another.

yycomedian That was during Uhuru's tenure…we all know we inherited a delapitated economy…Eric is an honest man, he is e truthful man,, and he will revive the economy

Nigerian men are known to be flashy something that matches Shakilla's love for a flashy lifestyle.
Entertainment
1 week ago

Andrew Kibe responds to claims he is hitting on socialite Shakilla

Andrew Kibe alleges that Shakilla deleted a photo of herself, making it look like the radio host is a simp.
Entertainment
2 weeks ago