The two have been dating for the past one year, although they had denied it at first

• Video of him comforting her leaks online.

• He appears to be comforting her. 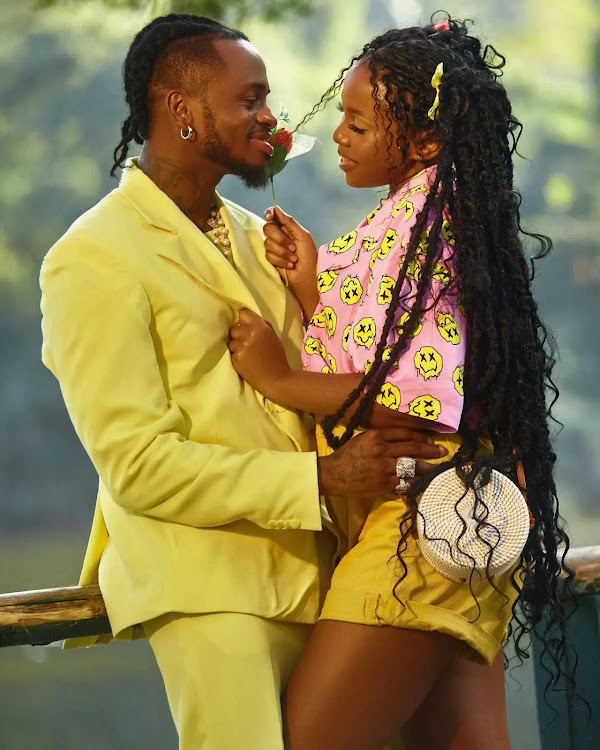 A leaked video of Diamond Platnumz cuddling Zuchu on his lap has gone viral online, days after her flopped Texas show.

The video shows Diamond lovingly comforting Zuchu as he hugs her and whispers something to her.

They are in a gym sitting on a bench, cuddling. Simba kisses her and then holds her waist, massaging it.

The person recording is also whispering how much he is happy to see the couple share a cozy moment. Another person behind the camera laughs amused at the situation.

On 22nd November, Zuchu made it clear that her WCB label boss, Diamond Pltanumz is her lover. In a TikTok video, with her friend, Zuchu was asked point-blank whether Diamond was her boyfriend.

"Is this him?" Her friend asked while showing the musician a picture of Diamond. The 'Sukari' singer looked at the picture before admitting that he was indeed her lover.

"Yes, that is my 'boyfriend'," Zuchu said. Her friend showed Zuchu that she was enjoying their love while congratulating them on finding someone.

Last week, Zuchu was in Texas where she performed at the AFRIMMA's. But a few days before she had expressed disappointment after her first concert in America was only attended by 48 people only.

In a message on social media, Zuchu admitted that she cried over the show, saying that it was a lesson to do better in the future.

"As an artist, nobody ever prepares you for moments like this. My show in Houston Didn't Go as planned," she said.

"Today has given me the strength to do more. Recently I lost my energy to even work hard Kibinaadamu tu, I kept asking why did I choose this career but moments like this zinanipa majibu ya kwamba a few chosen ones hutolewa kama mfano ili ije kua rahisi kwa wengine."

She went on to say;

"Kina Simba wanawezajae Yarrabi well in their stories kuna A lot of failures Ndo pengine zinawafikish Walipo . I ACCEPT FAILING AS A PART OF MY SUCCESS."

Tanzanian musician, Zuchu has made it clear that her WCB label boss, Diamond Pltanumz is her lover. In a TikTok video, with her friend, Zuchu was ...
Entertainment
2 weeks ago

Sandra Dangote, mother to Tanzanian star Diamond Platnumz took to her socials to celebrate Zuchu on her birthday.
Entertainment
2 weeks ago
WATCH: For the latest videos on entertainment stories