• Becky said the rapists mocked her for coming from a poor home.

• Her relatives did not intervene despite knowing what was happening. 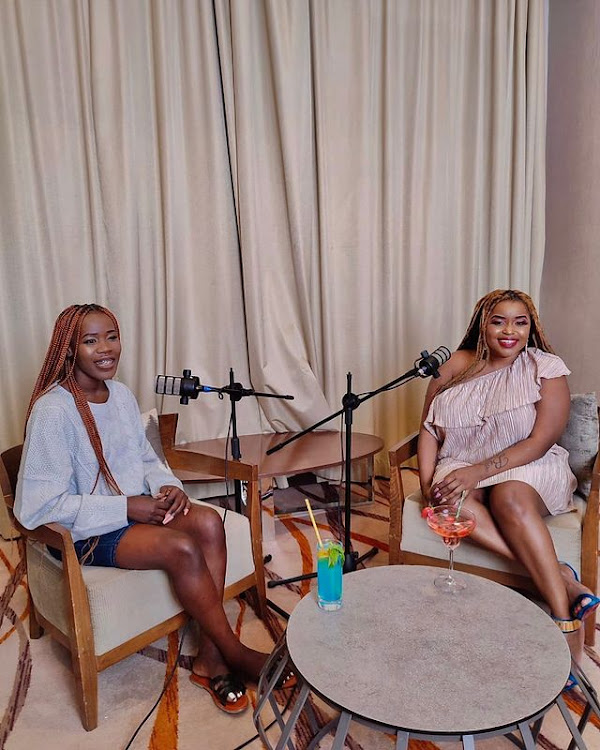 Popular TikToker Becky Akinyi has spoken to YouTuber Mwende Macharia about being raped multiple times and getting married twice.

Akinyi recalled the incidents happening from age 7, 9, 15, when she got pregnant, and the men continued raping her. After she delivered, she went through another rape.

The TikToker was pushed into marriage by her mother at 16 years to a villager, who physically abused her after losing a pregnancy.

"I dropped out when I was in class six. My mum stopped taking care of me when I was 7 years."

Becky wanted so badly to go back to school, but no one was ready to pay her fees.

The fact that she was staying at home was her reason to push Becky into early marriage.

She got married at 15 years. "I got pregnant through rape then lost the baby at five months. There was a woman who hit my belly."

And how did she get pregnant? "My mum left us in a  rental house with her younger brother. I was 15. And of course, you are not going to stay in someone's house for a year without paying rent."

After that Becky was kicked out and a neighbour took them in. She then became a housemaid with the workload taking a toll on her and she ran away.

She then became a street girl and met a fellow classmate who told her about free housing by a doctor.

She was taken in and "he liked my big a--, so because he liked what he saw he started touching me."

This led to her second incident with rape with Akinyi explaining how she became sick one day and went to his pharmacy.

"He injected me with sleep medicine and he did whatever he wanted to do.  That's where she got pregnant again. She did not know she was pregnant."

Her classmate left that doctor's house and they went to another woman's house, where it didn't work out. She left for a third home, and the sons in that home would rape her. There were four boys.

"When her husband returned home, he also did the same." The man asked her to be his third wife.

She said it tortured her for months. She was afraid of being homeless, so she took the situation. Her mum came later and they reconnected. Akinyi was pregnant by then again.

The rape incidents continue to torment her. "It made me do what I do right now for a living." She argued that how she earns her living ensures her siblings don't go through her life of rape.

"I know all those things happened to me coz nobody gave me a shoulder to lean on."

Her mother returned after this and they went together. Things were not rosy and Akinyi ran away after a confrontation about money.

Another woman picked her up and took her home as a domestic worker. The woman accused her of sleeping with her husband.

The woman beat her pregnant belly and the baby died, still not knowing she was pregnant. She ran away to her former teacher's home to live there. The man later 'married' Becky.

She miscarried during the pregnancy. "They threw the baby in the latrine. It killed me, I thought I would be given the baby to bury at home."

She went back to her mother again. She was then forced into early marriage by her mother to a physically abusive man.

Akinyi told her mum about the beatings but didn't sympathize. "She never gave me a shoulder to lean on, she never listened to me."

Her mum used to beat her whenever she ran away from that husband.  Her frustration saw her make the decision to leave Migori for Nairobi.

She was then raped by a boda boda guy who took her in. The marriage failed after beatings again. She got to Nairobi and has never looked back.

A man who appeared drunk man is the subject of debate on Twitter after a viral video of him watching his mother and his second wife quarrel went ...
Lifestyle
2 weeks ago
WATCH: For the latest videos on entertainment stories