Zaddy was purely clout. I have never depended on a man or woman for anything- Mwamburi

• Maxine revealed that she picked up the idea from hanging around people who've perfected the art of fabricating stories.

• "Let me clear the air once and for all, there was no zaddy in the first place, it was all showbiz- Mwamburi said. 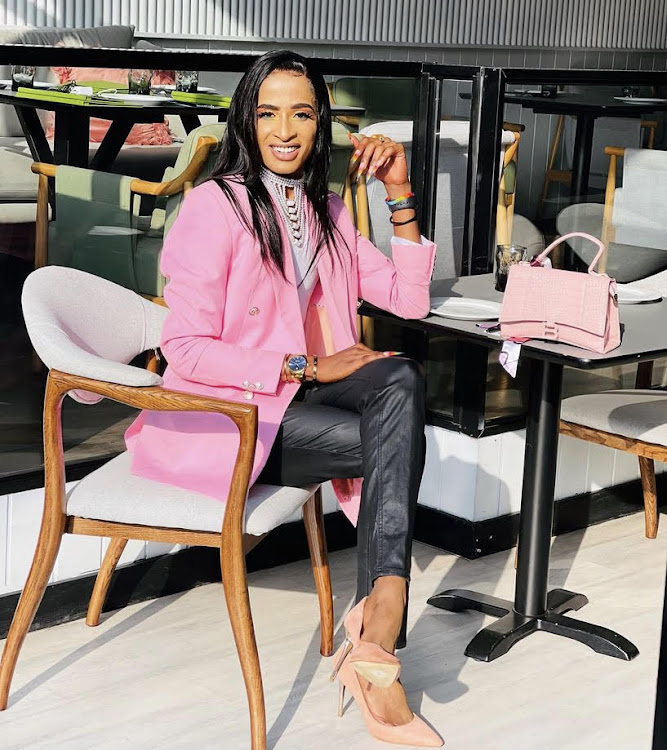 Entrepreneur Maxwell Mwamburi popularly now known by his alter ego Maxine Mkamburi, has come out to confirm that his publicized mubaba with a political seat was all a fragment of her imagination.

During a Q&A session on her Instagram stories, Maxine revealed that she picked up the idea from hanging around people who've perfected the art of fabricating stories.

She decided to accompany her coming out with the mubaba story to it.

"Let me clear the air once and for all, there was no zaddy in the first place, it was all showbiz," started off Maxwell.

The influencer then went on to add, "I guess I had stayed around people who do clout for showbiz so much that I stole their tactics.

I've never had anyone take care of me! All my life I've worked very hard for everything I have. I guess you all knew this and that is why you were not buying the whole zaddy facade BS.

Zaddy was purely clout. I have never depended on a man or woman for anything, I'm a hustler."

Maxine highlighted that even her close friends were shocked when she started the Zaddy narrative because they'd never heard of him.

"I was indeed shawry for imaginary zaddy," finished Maxine.

On whether she was currently seeing anyone, this is what the entrepreneur had to say:

"At this point I think I will have to get someone who is younger than me.... especially these 18 or 19 year old ones," started off the pastry chef.

So I don't want any more chest pains, I'm not seeing anybody at the moment, because men ain't ish out here." Maxine emphasized.

Just a month ago Maxine had come out guns blazing to strongly defend her imaginary mubaba.

This was after many members of the online streets started pointing out that Maxine's sponsor seemed to just be a fragment of her imagination.

She was actually caught in a mid-lie when she pretended that the alleged government man had sent her a bouquet of flowers to celebrate a recent Instagram achievement.

Well back then cake boss Maxine maintained that even though she had not been seen travelling or dining anywhere exotic/gotten the new iPhone 14 her rich tycoon man was real.

"He is real though with a lot of estates in the country... mimi ni mali ya mhesh.

We met at a cafe, I was there enjoying a cocktail and he was there with a couple of his friends.

So, he sent a waiter to give me his business card then we started talking from then on."  Maxine excitedly narrated in detail how the two met.

After a week that has been dominated by the news of the vetting of CS Nominees and the arrival of Miguna Miguna #TheRoundUp is here to once again ...
Entertainment
1 month ago

Maxwell Mwamburi asks girls to stop hitting on him