He said he felt the comedian needed relationship prayers

• The content creator clarified that he received a phone call over the weekend from Mammito's Ex-boyfriend, Eddie Butita.

• The filmmaker presumed that Butita could be fighting a hard relationship battle and therefore needed people's prayers and support. 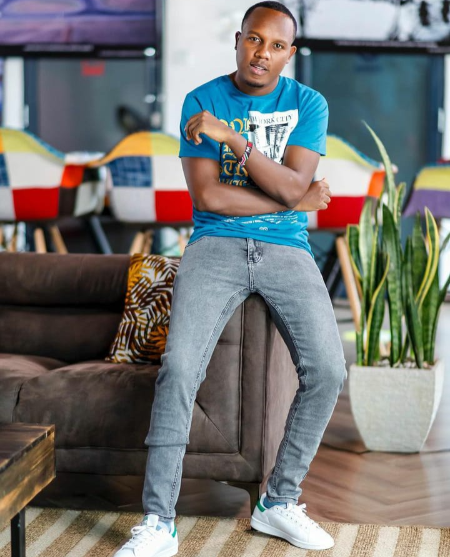 Kenyan actor Abel Mutua has posted a hilarious clip on his Instagram that has left his fans in stitches.

The content creator clarified that he received a phone call over the weekend from Mammito's ex-boyfriend, Eddie Butita.

He stressed that Eddie wanted the chance to deliver tickets to couples on his show which is yet to happen at Nairobi Cinemax. To his surprise, Butita didn't show up or even tried to contact him in any way.

He started getting worried because it was now more than two days down the line and the comedian had not yet reached out to him.

"I started to get worried and then I was scheming through the internet. I came across a clip, this clip was alluding to the fact that  Eddie Butita might actually be single and now everything just makes sense. There is no way Eddie Butita would have shown up."

Abel Mutua then concluded that Eddie was single and there is no way he could offer tickets to couples.

The filmmaker presumed that Butita could be fighting a hard relationship battle and therefore needed people's prayers and support.

His caption read "A moment of silence for Eddie Butita. He needs us now, more than ever. It shall be well Butita."

Keyboard warriors were all over Abel Mutua's comment sections humorously giving cheeky comments and this is what they had to say;

smartladymoraa😂😂😂😂😂😂😂 the way my heart skipped like what has happened to Butita!!!

icon_josephkim😂😂😂😂21St century best storyteller of all time..... I think anatumia kamuti how do I watch all of these clips without scrolling 😂😂😂😂

The highly anticipated Drip Fest is going down on Saturday 10th December with South African star Ami Faku set to headline the day-long concert at the ...
Exclusives
2 weeks ago

Details of cop who died while training revealed