Gospel singer Grace Mwai and fiancé pray before and after intimacy

Youtuber Hiram and Grace have some very good advise for couples

• The musician and her fiance pray before and after intimacy. 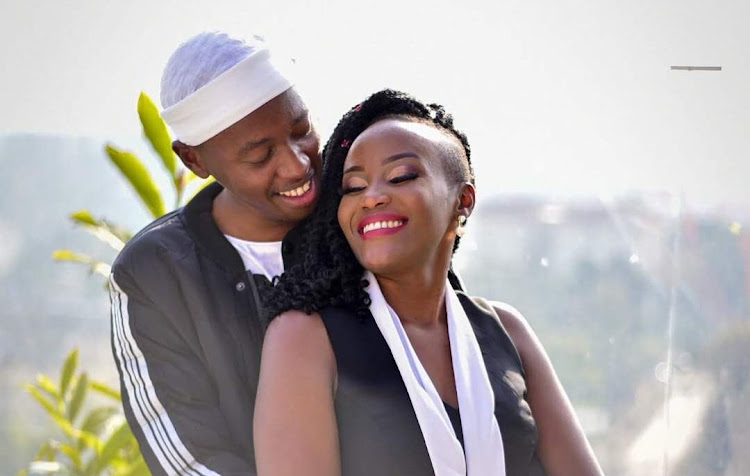 Gospel music star Grace Mwai and her fiancé Hiram Kamuhunjia got candid about their relationship recently.

Grace and Hiram hosted Akorino model Carey Priscilla and her husband Benito to a couples QnA on their YouTube channel on November 21.

Carey asked the couple how they deal with physical intimacy. "How do you ensure that the spark is always there?"

The Kikuyu musician answered; "When it comes to bedroom matters it's not a matter if you are Christian or not. It can't be any different since we are Christians. You have to find time for each other. That is the greatest highlight of marriage And so you have to commit yourself. What has worked well for us is we are very intentional about it."

Hiram himself said; "You know people don't know that physical intimacy is spiritual. So uko kwa hiyo game we always pray. Yes, you pray because you can when you are on that game unaeza jipata ball imepotea unaona, so you have to pray."

Hiram encouraged couples to be spiritual and that it as ordained by God. He added that if couples are affected by such things as high and low moments or even hormones, that they should "pray".

Grace added, "But we also understand that in this day and era the thought of  praying, to be honest, it might not always come through eh but it is ok even though and if it doesn't....."

Carey and Benito cast doubt over their explanation. Benito told Hiram that he could never do that because it would be disastrous.

The popular couple got engaged in July this year. Hiram proposed a second time almost three weeks ago.

"She said yes! Happy is the man who finds a true friend, and far happier is he who finds that true friend in his wife. Every love story is beautiful, but ours is my favorite hun," he said on his Instagram page.

The issue of age differences plays out a lot for Grace and Hiram who always defend their relationship.

Speaking on Hiram's YouTube page, the couple noted that their lives have been under scrutiny because they are public figures and that trolls always hide under pseudo accounts.

Grace said that they had decided to do a vlog to shun rumours and disrespectful comments over their age difference and called on Kenyans to respect.

Addressing the issue, Kamuhunjia said, "It is very very sad to see such comments and maybe it is someone who is not in a marriage set up or someone at home who likes talking without even knowing. Online people have been saying 'Kamuhunja you are very young, ooh Grace is older than you."

Nominated senator Karen Nyamu has explained the reason her baby daddy Samidoh has never posted her on social media.
News
3 weeks ago

Akothee's daughter Vesha has fans anxious over the possibility that she might be dating her mother's gym instructor.
Entertainment
2 weeks ago
WATCH: For the latest videos on entertainment stories