• Boy Band Sauti Sol is re-uniting two years after they decided to do their own individual projects.

• Sauti Sol said they will be releasing a song, 'Lil Mama' on Friday. 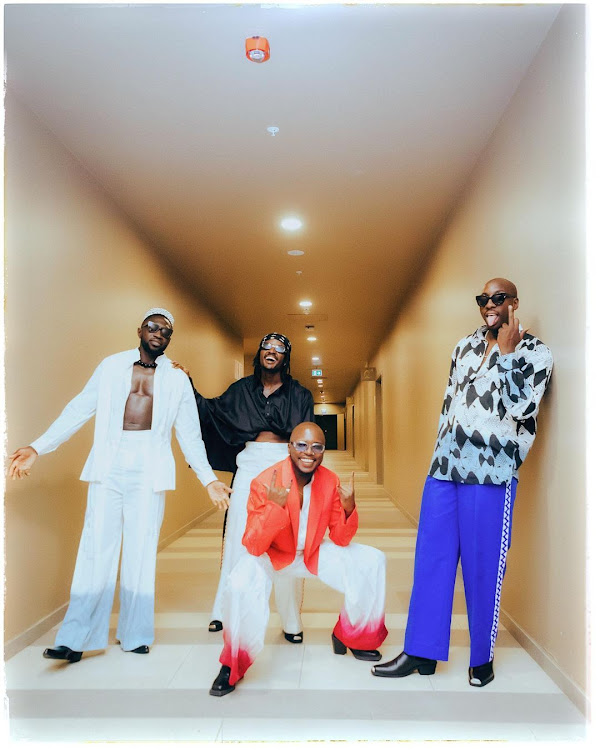 Sauti Sol. The boy band is releasing their first single after a long time
Image: Instagram

Boy Band Sauti Sol is re-uniting two years after they went decided to do their own individual projects.

The group had announced that its members will concentrate on solo projects under the label “Alone Together”.

Two years later, they announced they are releasing a hit song together before the year ends.

Announcing on their social media platforms, Sauti Sol said they will be releasing a song, 'Lil Mama' on Friday.

"Excited to announce our first official single, as a group, in over two years!  LIL MAMA out this Friday on all platforms."

In October 2021, the group noted that “Alone Together", a baby born during the pandemic was to purposely define the next chapter of these four brothers.

Chimano then dropped, “Heavy is the Crown” and Savara released “Savage Level".

They have continued to work on various solo projects after that. Sauti Sol is also working on a studio album together.

In a recent interview, Savara Mudigi said working and releasing music alone had not been a walk in the park

Savara said he missed the teamwork that he experienced while working with Sauti Sol members.

"I never understood how to exist as a solo artist. I have been in the government of Sauti Sol. Sauti Sol has taken me everywhere in the world. The vibe we share is great. We have a selfless brotherhood. I have spent more life with them than my siblings," he said.

"It is a different journey but you live and learn. It has made me realize myself and has described me even more."

Savara added that finding similar energy has been the biggest challenge. Chimano said the experience has been very eye-opening to who he is.

"I made a new best friend within me that was waiting to come out to explore his creativity, image, and brand."

Bien said this was a chance for fans to get to know them as individuals.

"Most of the time when you see Sauti Sol you see an orbit. Everyone has his own philosophy, Polycarp is a dad, I totally don't understand," Bien said.

Polycarp said being a guitar mastermind was not his plan when he started music.

"The guitar came much later after high school. But I used to make guitars with Kasuku tins and woods, just for fun," he said.

He is a renowned music producer and composer for Sauti Sol and an author.

How Patoranking's private concert went down at The Summer House (Photos)

On Friday, November 18, 2022, Nigerian superstar Patoranking brought the house down at a private party that was held at The Summer House - a ...
Entertainment
2 weeks ago

Bien said Eric should instead be supporting young artistes the way Diamond has been doing.
Entertainment
3 weeks ago
WATCH: For the latest videos on entertainment stories