• Her reason for not considering a mubaba has todo with her family situation. 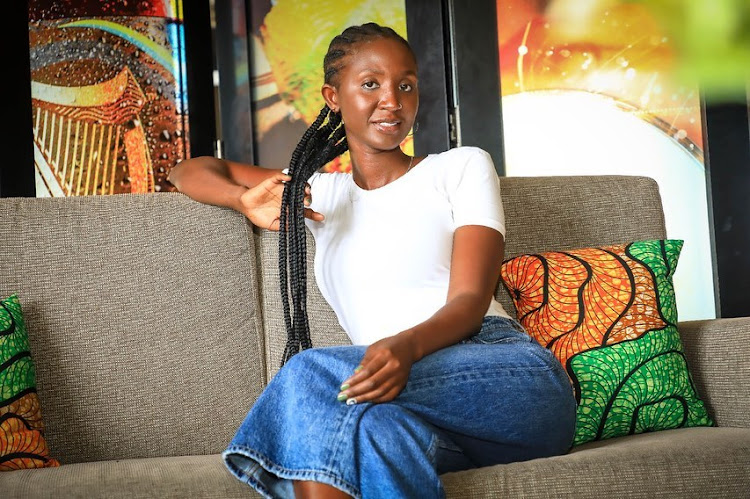 Eunice Mammito has never thought intensely about dating a mubaba. The reason for that?

"Wababa are disrespectful I find them disrespectful. First of all, I have never dated a mubaba, sitaki stori kwa CNN, BBC ati maneno," she explained.

In an interview with Iko Nini, Mammito said her reason for not considering an old man;

"I would never date a mubaba because I don't know my own father. Sitaki stori tena kwa news niko CNN, BBC maneno."

She has never asked her mother who he is. She is not even curious about who he is, "Haijawahi nisumbua that is the only issue in my life I'm like mmmhh."

She has two other siblings who are from a different father. What would worry her more if she got a mubaba?

"What my mother thinks. She would be like si hata ungewacha nikutafutie."

She also weighed in on the video of Diana Marua admitting she had dated multiple men.

"It was intense. It's her truth and it's the hard truth we want to hear that there is a girl like you but you hear that she uses you.

If that's her journey, it takes courage to talk about such. I think it's because we want to talk, we all  have a past, mimi siwezi kusema yangu online, so I don't know, should I judge because that's her past."

What people would like to know, according to the comedian is Diana's intention for telling her truth. "was it for clout or to help others to stop, what is her intention".

Mammito said if she was married she would never broadcast such confessions.

"For me, I would never tell the public. Those are things you tell your girl squad when drinking wine."

Mammito spoke more about being raised by a single mum saying; "Heh she was strict. She would beat me when I was naughty. We used to live in Kibera. She would find me on top of the mabati chilling."

Apart from the beatings, Mammito also recalled how they got along "tulikuwa close" she added about not holding a grudge about punishment.

Akothee's daughter Vesha has fans anxious over the possibility that she might be dating her mother's gym instructor.
Entertainment
2 weeks ago

Zari castigated for her behaviour with younger bf

South African-based Ugandan socialite Zari Hassan has no time for cyberbullies on her social media pages.
Entertainment
2 weeks ago
WATCH: For the latest videos on entertainment stories