• Workers were told that they needed to click on a link by 17:00 EST on Thursday, if they want to be "part of the new Twitter".

• Those who do not sign up by Thursday will be given three months' severance pay, Mr Musk said. 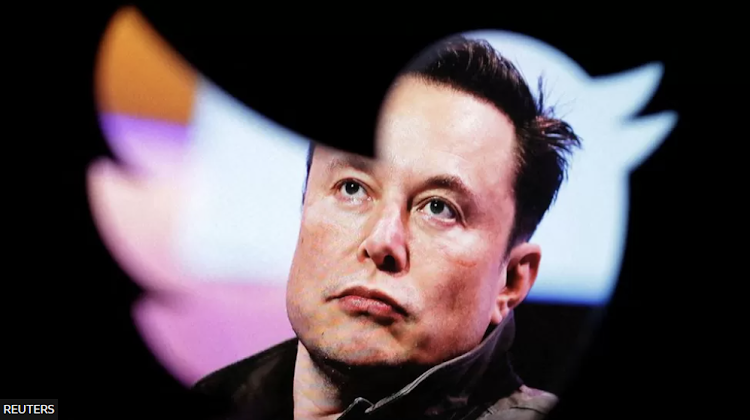 Elon Musk has told Twitter staff that they must commit to working "long hours at high intensity" or else leave the company, according to reports.

In an email to staff, the social media firm's new owner said workers should agree to the pledge if they wanted to stay, the Washington Post reported.

Those who do not sign up by Thursday will be given three months' severance pay, Mr Musk said.

In his email to staff, also seen by The Guardian, Mr Musk said that Twitter "will need to be extremely hardcore" in order to succeed.

"This will mean working long hours at high intensity. Only exceptional performance will constitute a passing grade," he said.

Workers were told that they needed to click on a link by 17:00 EST on Thursday, if they want to be "part of the new Twitter".

He added: "Whatever decision you make, thank you for your efforts to make Twitter successful."

The world's richest man has already announced half of Twitter's staff are being let go, after he bought the company in a $44bn (£38.7bn) deal.

Mr Musk said he had "no choice" over the cuts, as the company was losing $4m (£3.51m) a day. He has blamed "activist groups pressuring advertisers" for a "massive drop in revenue".

A host of top Twitter executives have also stepped down following his purchase of the firm.

Last week, the entrepreneur told Twitter staff that remote working would end and "difficult times" lay ahead, according to reports.

In an email to staff, the owner of the social media firm said workers would be expected in the office for at least 40 hours a week, Bloomberg reported.

Mr Musk added that there was "no way to sugar-coat the message" that the slowing global economy was going to hit Twitter's advertising revenues.

But tech investor Sarah Kunst said the real reason Twitter is facing difficulties is because Mr Musk's takeover has saddled the company with debt.

His behaviour since the takeover has also led some advertisers to pause their spending, she said.

"He's now trying to inflict that pain and uncertainty on the employees," she said.

She added that there was a question mark over how enforceable Mr Musk's email about hours to staff really was.

"Can you just send an email to staff who already work for you and just unilaterally change their working contract? That remains to be seen."

Elon Musk punishes his impersonators by suspending their accounts

Elon Musk has said that all parody accounts must include "parody" in their name and on their bio.
News
3 weeks ago

One will be able to buy blue-tick, Twitter confirms

Plans to enable users to purchase blue-tick verified status have been confirmed by Twitter. The business announced the functionality would
News
1 month ago