• Diana Marua said that even when she met Bahati, she wasn’t working but drove different cars every time they met

• I used to date guys for money at some point in my life because I lacked the whole of my life to a point where all I wanted was a good life. 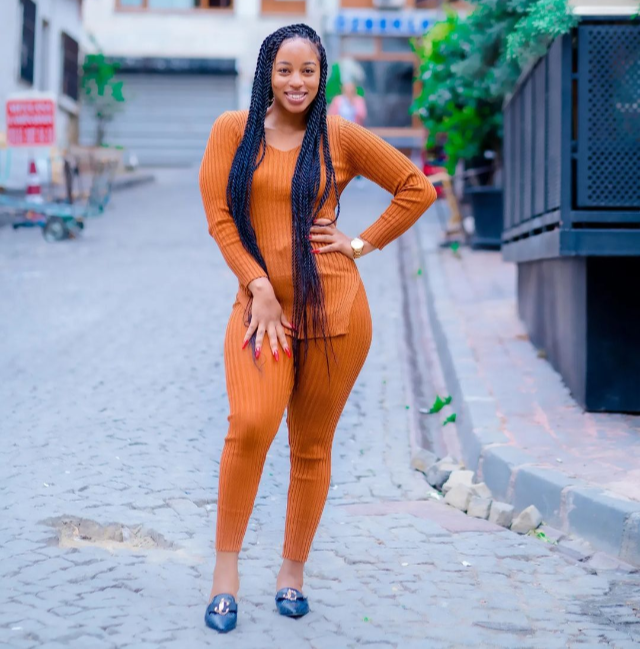 Diana Marua The mother of three confessed to having being a side-chick to a married man
Image: Instagram

Diana Marua wife to singer Bahati has sparked a conversation online after a video she did in 2020 confessing to having dated multiple men for money before meeting Bahati resurfaced.

In the viral video, she says she wanted a 'good life' for herself.ua

The One Day hitmaker went on to narrate how each of the 'boyfriends' had a purpose to fulfill being in her life then.

"All wanted was to live well, I dated guys for money," the mother of three said.

The content creator explained that she was not financially stable to cater to the expensive life she wanted and no one was ready to cater to that kind of life for her.

The mother of three said she did that because she lacked in all of her childhood life, and all she wanted was to live a good life.

She went on to reveal that at one point she even dated a married man, whom she really liked, but the man outrightly told her that he could not ditch his wife for Diana.

The rapper added that among those she dated, one was taking care of her shopping, another would pay her rent and the other would buy her clothes.

"Money to me was not a problem, I stack up my fridge to the point it wouldn't lock," she stated.

Diana Marua said that even when she met Bahati, she wasn’t working but drove different cars every time they met, and she would lie to him that she ran a car hire business.

The cars belonged to one of her boyfriends who ran a car hire business.

It was during that time when she met Bahati who questioned her expensive lifestyle.

Netizens on Twitter have reacted to the old video

KimuziBut Diana B has explained the daily life of more than 60% of Nairobi women.

𝐃𝐞𝐠𝐫𝐚𝐭𝐚I've watched that video and I'm now more perplexed at how Bahati is still dating Diana B, men used to be men

TOM MUSEMBI I'd hate to be Bahati today, or any other day.

Ohta RyotaYou have a body count of 69 chokoras but you are judging Diana because she probably slept with selected rich men who could afford to finance her? And what exactly is wrong with that? If Bahati is not complaining and is happy to raise 5 kids with her what is your problem?

Diana Marua-I was once a married man's side chick (Video)

An old video of Diana Marua talking about why she likes the good life has resurfaced.
Entertainment
2 weeks ago