Kate Actress is among the best fashionistas in Kenya

• Kate made headlines last week for her outstanding dress at the Wakanda movie Premiere.

• She told her fans that it has been a long journey for her to be able to buy expensive clothes for red carpets events. 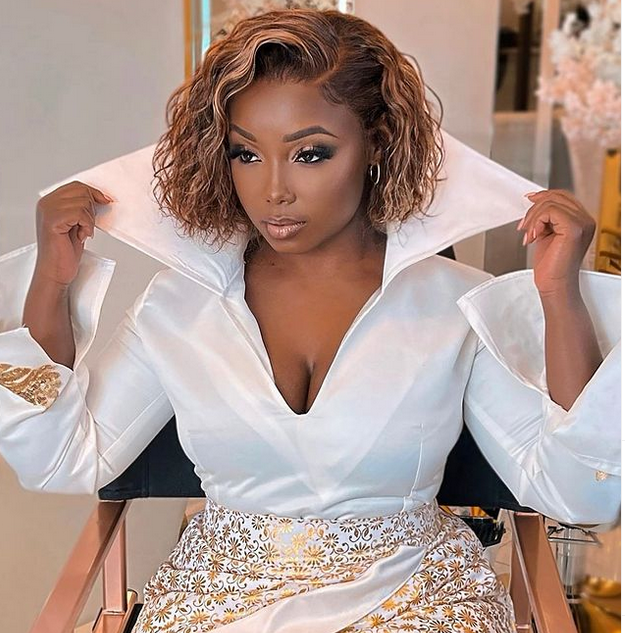 She told her fans that it has been a long journey for her to be able to buy expensive clothes for red carpet events.

"I think people don't understand how much effort we put just to create an outfit to go to an event," she said.

"If I am lucky to afford the outfits, I did not start there. It took me a journey to understand my style and what is needed of me. It is a whole process. It feels so bad that someone has put a lot of effort then they end up being trolled."

She encouraged celebrities to wear what they can afford.

"Talk to a designer and look for something. It doesn't have to be expensive," she said.

She also said most celebrities and influencers rush to decide what they will wear.

"The problem is that we rush to the last minute and also, our clients might reach out last minute when they are giving you a theme. But, I will encourage our fans on less of bashing and more of encouragement."

Kate also said she sometimes hires her clothes for events which is an expensive affair.

"Hiring a dress is even more than 50k. Collaborate with a designer who works well with you."

Asked where she takes her clothes after the event, Kate said some are altered and re-sold.

Speaking about the movie, Wakanda, Kate said it has broken some stereotypes against black women encouraging them to be great leaders.

"Wakanda has changed the narrative about black women since we are the backbone of this film. We have seen Lupita growing and that has given so many of us some hope in the industry."

I spend at least Sh100K on my event outfits - Kate Actress

Award-winning actress Catherine Kamau aka Kate Actress has earned praise from Kenyans after stealing the show at the Wakanda Forever Premiere - ...
Entertainment
3 weeks ago
WATCH: For the latest videos on entertainment stories