• The MP has been using a car gifted to him by Eugene Wamalwa. 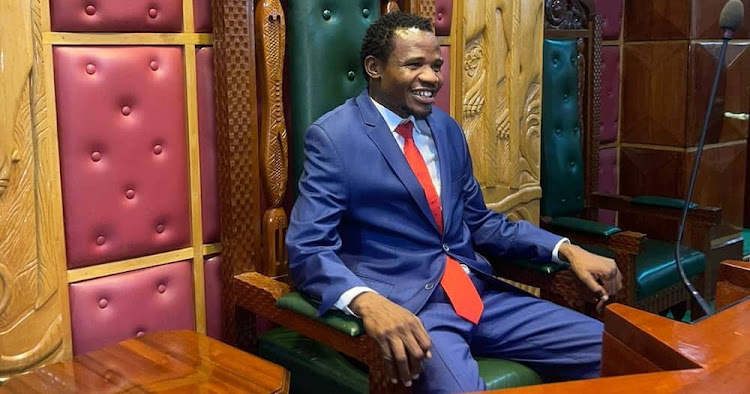 On Wednesday, November 16, 2022, the MP used his socials to flaunt his new car – a Toyota Land Cruiser V8, model 2016, thanking the people of Mumias for enabling him to reach the new milestone.

He went on to promise that he will serve the people of Mumias East tirelessly.

“Finally KDK037 is out and officially handed. Thank you people of #MumiasEast for the amazing trust and love you have in me.

“ I will serve you tirelessly in realizing your dream, and all Kenyans through my committee of agriculture, Regional Development alongside regional integration,” he said in a tweet.

Salasya said he was going to give back his former vehicle to the people of Mumias East.

Previously in an interview with Mpasho’s Dennis Milimo, Salysa confessed that the car he was using was donated to him by former CS Eugene Wamalwa.

He went on to describe Wamalwa as his political father, revealing that he (Wamalwa) invested heavily in his campaigns.

He mentioned that he respects Wamalwa on so many levels and will always be thankful to him for his being instrumental in his political career.

After a week that has been dominated by the news of the vetting of CS Nominees and the arrival of Miguna Miguna #TheRoundUp is here to once again ...
Entertainment
1 month ago