This follows the planned exit of the current MD Charles Mudiwa who retires later this year.

•  Stanbic bank is a member of the Standard Bank Group. 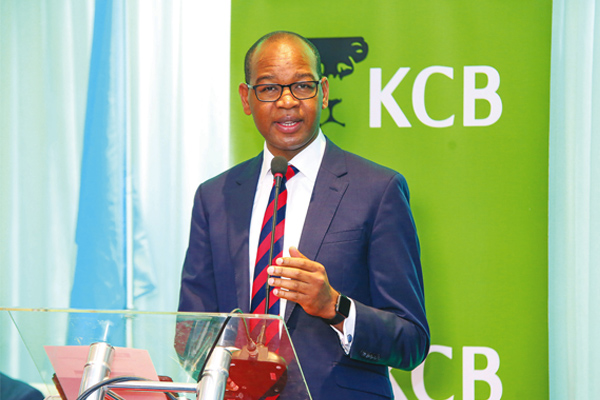 Stanbic bank is a member of the Standard Bank Group.

This follows the planned exit of the current MD Charles Mudiwa who retires later this year.

Mudiwa plans to retire after a long and illustrious career at the bank spanning more than two decades.

The bank said in a statement on Tuesday that the retirement will take effect on December 31.

Stanbic Bank is a member of Standard Bank Group.

"I am indeed humbled to have served at Standard Bank Group over the last 20 years, playing a pivotal role as a change agent. I am confident that the group will continue to scale new heights," Mudiwa said.

He said he takes to heart the experiences he has had with the Stanbic family throughout the incredible journey.

"I would like to express my appreciation to all my colleagues, the wonderful people that I now call my family, many of whom have shaped my journey as Chief Executive and leader," he said.

His previous roles include Executive Director and Chief Executive in multiple markets including Zimbabwe, South Africa, Zambia and Malawi.

He joined the company in 2002 as Executive Director, Stanbic Bank Zimbabwe where he transformed the bank from a niche player to a mass retail bank.

At least Sh316 billion was borrowed on Safaricom's overdraft facility, Fuliza in six months to September, translating to Sh1.8 billion per day.
Entertainment
3 weeks ago

President William Ruto explained that he purposed to attend the Safaricom meeting because he was sent by their customers.
News
2 months ago