In his skit, Omondi shows up in a helicopter in full military gear, flying to Kenya.

• Ugandans are amused at the video and joined KOT to comment about it.

• Eric visited Uganda days after the diplomatic tiff between Kenya and Uganda. 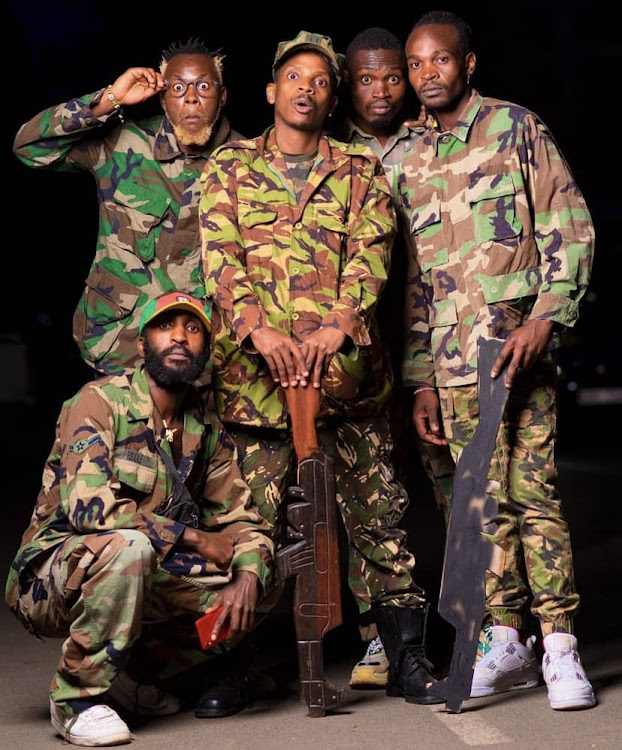 Eric Omondi was last in Uganda in October, but that may have been his last time in that country if his last skit is anything to go by.

He captions it "Muhoozi bring it on,l am ready."

Muhoozi kicked off a storm on October 3 with Kenyans and the Government alike.

The 48-year-old suggested taking his troops to capture Nairobi and chided former Head of State Uhuru Kenyatta for not attempting an unconstitutional third bid at the presidency in the August 9 election.

In Kenya, Presidents are only allowed a two-term stint.

In his skit shared on November 14, Omondi shows up in a helicopter in full military gear, flying to Kenya.

"Number one, number one we are on the way to capture Kenya," he begins.

Eric and a team of military-clad officers look around in amazement as they appear confused about where they have landed.

"I think we have landed in Dubai, this is not Kenya, can you put daddy on the phone."

He continues asking; "I think we have landed in Dubai, is this Dubai?  What is an expressway."

The camera pans around showing the expansive buildings surrounding the expressway, which many people have compared to Dubai.

The team of heavily armed army officers then walk along Nation Centre where they have a shootout with an unidentified enemy.

Ugandans and Kenyans alike are amused at the video. Some of the comments are below;

@Docktus_·16hEric Omondi has single-handedly dealt with Ugandans and their General Muhoozi. That was hilarious!

@beewol·20hEric Omondi has unleashed a two footed tackle on our guy. We need to retaliate. But first, we laugh.

@HarrysonOjiambo·Youll be banned from entering uganda

He has revealed he was warned against attacking Kenya by his dad President Museveni.
News
2 months ago
WATCH: For the latest videos on entertainment stories