Youtuber 2mbili has revealed he has 7 children

• The stage name 2mbili is a result of a special person in his life.

• He spoke to Kamene Goro on Kiss TV. 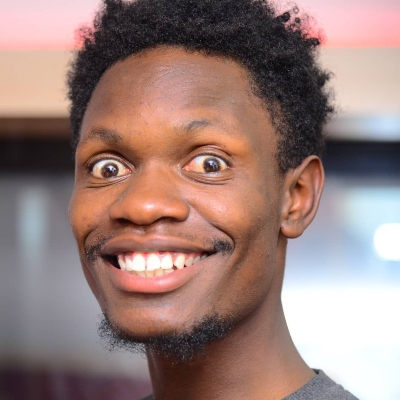 Content creator 2mbili has opened up about how he got his stage name. On the Good Vibes segment on Keep It Kiss, 2mbili told Kamene Goro that he was 28 years old and has seven children. He wants 10 in the future.

The details about 2mbili's s little-known life were revealed on Game Time's Truth or Truth on Saturday, November 11th.

He explained his reason was because of his children.

"These days every step I make I make for my kids. So I have to be careful y'all."

"I'm taken by life, but I can't say I'm single. There are like ten women watching me right now," he joked

His real name is Andre Duncan Oduor and he hosts a youtube series called celeb ride.

Worst moment on stage? He recalled almost dying as a result of an angry reveler.

"In 2014, I'm performing in some club Tribeca a ka drunk guy saying tuwke ngoma, tuekee ngoma then the guy s being ignored, o he decided to act. He threw a bottle at me, It missed me. If it hit me I wouldn't be alive, so it hit the wall and some mchanga came out."

One habit he wants to get rid of but is hard?

"My bad habit is kunyonga. I do it like a doctor's prescription after every meal I have blisters "

"I don't have a pickup line, mi hutokelezea,  depends on the situation. But when I tell a chick I lost my mum in 2002, ladies feel so sorry for me they like this and feel sorry for you. I lost my mum at 22. Actually, the 22 is why I call myself 2mbili."

2mbili in 2018 told Nation Life and Style his humble start was in UoN.

"While at Nairobi University, I got tired of asking my dad for pocket money. Every time I requested for upkeep, he would promise to send me some cash a few days later. I got tired of waiting and started thinking of how I could make a few coins of my own.

I decided to take on comedy in 2013, while still a first year. I linked up with comedians such as YY, and Sleepy (David), who weren’t popular then. We did several auditions, including “Churchill Show”, but I wasn’t really willing to be under any management.

That’s why it’s taken me a while to put my name out there. I may not be known to the public but I’m a force to reckon with among the players in the laughter industry."

2mbili has performed in many comedy shows including; Laugh Festival, Extreme Comedy Night, YOLO (You Only Laugh Once), 22 Reasons to Laugh.

Kenyan comedian and content creator Crazy Kennar have excited a section of Kenyans after teaming up with Tanzanian singer Rayvanny for a new comedy ...
Entertainment
3 weeks ago
WATCH: For the latest videos on entertainment stories