There is no Rayvanny without Diamond- Vanny Boy confesses

Rayvanny and Diamond have collaborated on more the 5 songs.

• Rayvanny exited WCB mid-this year, saying it was time for him to an independent artiste. 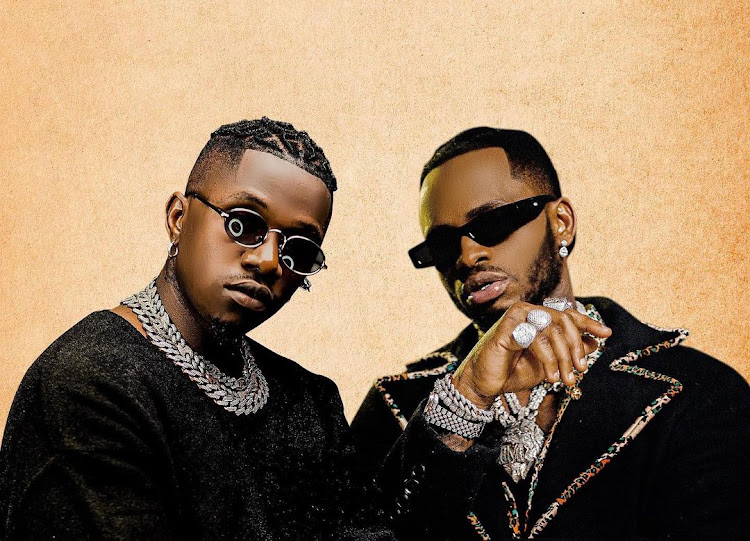 This is after the two teamed up for a new collaboration, months after Vanny Boy ditched Chibu Dangote's record label WCB Wasafi.

In his message, the Next Level President narrated how their 2022 collabo was born.

(I was almost releasing this song. I remember I was talking to my brother Diamond at one point, and in the middle of the conversation, he told me that we should collabo on a song that would close the years)

(When I was going for a studio session I said why not send him this particular song, within no time, he did his part)

He went on to appreciate Diamond for supporting and nurturing his talent even when he was still 'green' in the music industry.

"Labda niseme tu kila Ngoma tulofanya wote ni bunduki @diamondplatnumz my brother I got love for u no matter what. Kusinge kua na @rayvanny bila wewe 🔥 #chui 🐆 x #simba 🦁#nitongoze is out worldwide just wait for the f***n video of the year."

(Let me just say every song we've done together is fire. I got love for you, no matter what. I wouldn't be Rayvanny without you)

In the comments section, Diamond Platnumz described his protégé as his brother for life.

Rayvanny exited WCB mid-this year, saying it was time for him to an independent artiste.

"It's been six years since we started working together, my team, my family WCB Wasafi, the love, unity has been a very strong pillar as a team,"

"I have learnt a lot from the team and also, we have achieved much as a team. You have raised me and nurtured my talent,"

"It is my time to leave home and start a new life. The aim is to grow and also it is to create an opportunity for other artistes. I leave and others get helped. I will be helping other young musicians wherever I am going. I was helped to get to this level," said Rayavnny at the time.

Former Wasafi signee, Rayvanny was in the country over the weekend for various performances. He performed in Nakuru where he gifted a female fan his ...
Entertainment
3 weeks ago