Drama as Kulosa maker Oxlade fails to perform in Uganda

The 'Kulosa' hitmaker asked fans to ask the organizers for answers

• In a tweet, the singer said the promoter, Michael, refused to pay him 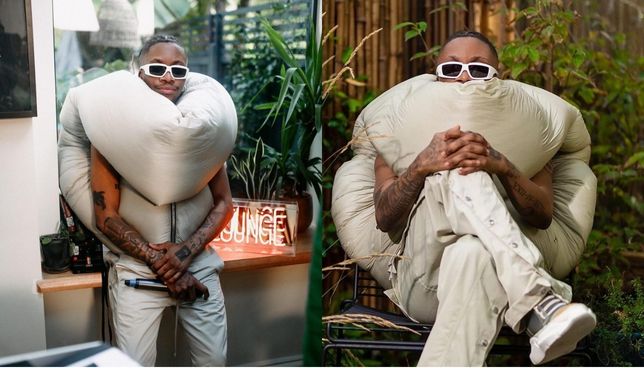 Nigerian star Ikuforiji Olaitan Abdulrahman aka Oxlade failed to perform in Uganda over the weekend.

The 'Kulosa' hitmaker told fans to ask the organizers for answers as her demanded an apology from them (organizers).

In a tweet, the singer said the promoter, Michael, refused to pay him.

"Promoters need to learn to do the right thing when booking artists. You invite an artist to come perform at your event, you' were given a booking agreement which you duly signed. Then you refused to honor your own part of the contract and refuse to pay me as at when due.... "

"Michael of top boy entertainment UG you owe Ugandan people an explanation as to why i did not perform last night!. I would love to go into details of what happened... even after you knowingly canceled my return flight back to Nigeria and to my Ugandan family I definitely hope to give you guys a show soon,”.

Oxlade was to headline the show that also had other international artistes among them Jamaica's Beenie Man, South Africa's Focalistic, Mellow and Sleazy.

Only the Jamaican artiste stepped on stage.

The concert was held at Lugogo Cricket Oval. 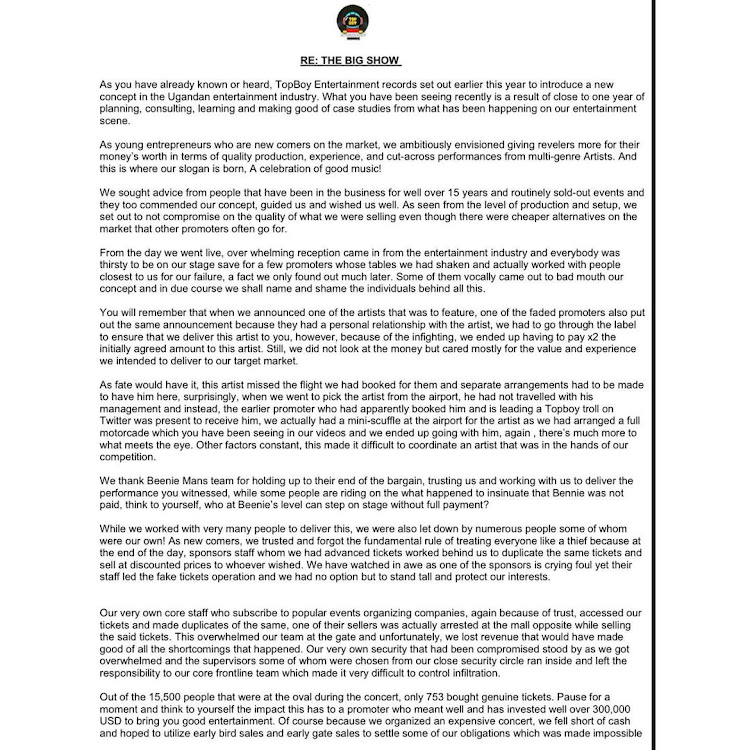 In a statement, the organizers of the 'The Big Show' concert said there were industry politics where some Ugandan promoters wanted to see their downfall.

They thanked Beenie Man for performing while refuting claims that they didn't pay him.They went on to say that fake tickets had been printed and only about 700 tickets were bought by the over 15,000 people.

The organizers claimed this happened because of betrayal from some of their team members.

They are taking a break to reflect on what could have gone wrong.

Former Wasafi signee, Rayvanny was in the country over the weekend for various performances. He performed in Nakuru where he gifted a female fan his ...
Entertainment
3 weeks ago

The Kamba dowry list that has Kenyans up in arms

The traditional dowry demands made by a Kamba family for their daughter has generated buzz online.
Lifestyle
3 weeks ago