Bahati makes peace with Harmonize after years of beefing

• Two years later, the two have met in Uganda. 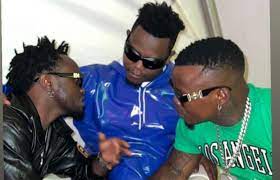 Bahati was in Uganda over the weekend- performing at Eddy Kenzo's concert, an annual celebration of entertainment in Uganda.

Tanzanian singer Harmonize was also performing and the two met backstage where they made peace after years of beefing.

A photo that has gone viral shows Rwandese singer Bruce Melody in between Bahati and Harmonize, who appeared to be in a serious conversation while holding hands.

The two started beefing after Bahati called out Harmonize for beefing with his former label boss Diamond Platnumz.

In his message in June 2020, Bahati told Harmonize to respect the fact that although he has made a name for himself, Diamond played a major role in his success.

“We don’t forget how we have been helped just because we’ve become stars, no!” he said.

“Don’t bite the hand that fed you. And if you’ve happened to read the Bible in Ephesians 6:2, my religion teaches me to honour my parents and in this case, #WCB is your father and mother.”

Adding that; “You don’t have to create one (beef) with Diamond to be at the top. His mistakes cannot be compared with the kind heart that pushed him to pick you up from the streets and made you who you’re today. God used him to introduce you to the world,” he said. 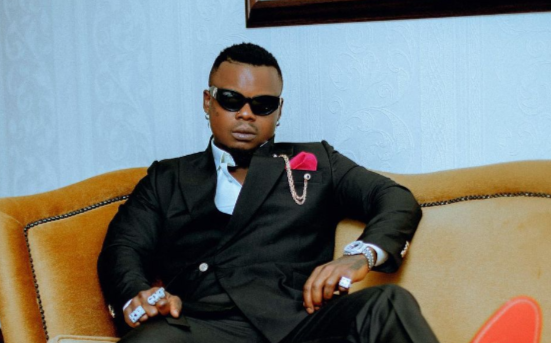 The EMB President went ahead to appeal to Harmonize to apologize to Chibu Dangote.

“Apologise and walk away with your blessings bro," he said.

However, the Konde Gang CEO ignored Bahati's advice as he never said a word.

The two met over the weekend and they seem t

o have let the past stay where it belongs.

"I was chasing my dreams and in that process, people started thinking I wanted to overtake Diamond. If you are keen enough all artistes who have had problems with Diamond, the problem starts when they start shining. When they are still not popular, they are good friends. An example is Ommy Dimpoz. They were friends. I will speak since I do want people to see me as a bad person."

Before he left the label, Harmonize wasn't in communication with Diamond and he tried to get Mama Dangote to intervene.

"All I wanted was peace. So I followed Mama Dangote and told her Diamond and I were like brothers, and we had come from far and helped each other in many ways."

Diana Bahati is back at it again! Barely a week after giving birth to her third child, the digital content creator has just dropped a new song
Entertainment
3 weeks ago