Police recovered three spent cartridges and the broken padlock at the scene.

• The attackers had broken the door of the armoury and shot one round in the air as they were leaving. 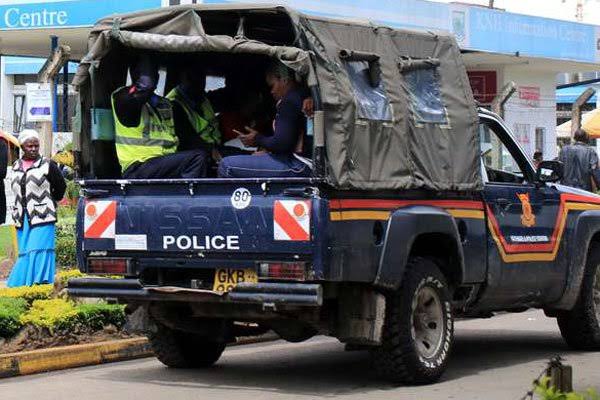 Gunmen raided the Suiyan police post in Samburu North and stole four assault rifles and more than 200 rounds of ammunition in a daring attack.

Police also said the incident was reported hours later since the area is not covered by the network.

It was established that the officer in charge of the post was alone when the bandits struck.

“Two of the bandits wrestled him to the ground and asked for keys to the steel box which the officer said he did not have. The bandits then entered his house where the steel box was kept and broke the padlocks,” police said.

After taking the firearms, the bandits escaped to the nearby bush while shooting in the air.

At the time of the incident, two officers who were supposed to be on duty were away while three others were off duty.

Police recovered three spent cartridges and the broken padlock at the scene.

In October last year, the Deputy Inspector General (DIG) in charge of the Kenya Police Service Edward Mbugua directed that all police posts with less than six officers closed and the officers deployed to the mother stations.

Mbugua said such officers were unable to provide services to the members of the public as expected.

The directive came just a day after unknown people raided Kirimon police post in Samburu Central and stole two G3 rifles together with two magazines loaded with a total of 40 rounds of ammunition.

The attackers had broken the door of the armory and shot one round in the air as they were leaving.

The post had only four officers at the time of the incident.

There are fears the weapons will be used in a deadly attack in the near future.

The area faces increasing cases of attacks by gunmen who raid for animals.

Last week, President William Ruto warned the gunmen roaming the area against daring him with their deadly attacks as he indicated a more heavier force to tame the trend.

“Cattle rustling will stop na sio tafadhali (I am not begging),” he said.

Bandits have left many dead and displaced in attacks in the area.

Japhet Koome sworn in as the new Inspector General of Police

Japhet Koome was on Friday sworn in as the new Inspector General of Police.
News
3 weeks ago

What awaits IG Koome after being sworn into office

Koome was vetted for the position on Tuesday by a joint committee of the Senate and National Assembly.
News
3 weeks ago