The content creator has always being known for her petite figure

• Eve had posted an image of herself that really accentuated her behind and hips.

• The content creator's body change has raised questions as to how she was able to achieve it. 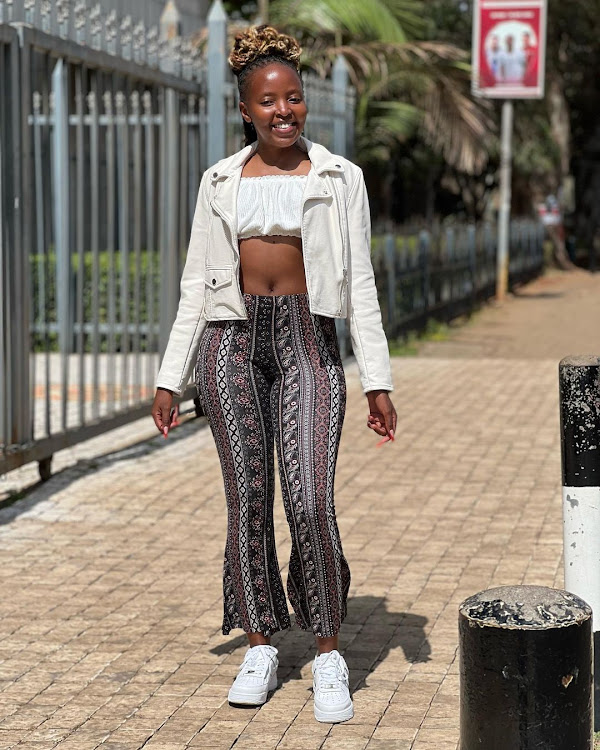 YouTuber Mungai Eve has surprised Kenyans with her new look online. Which new look you might ask?

Netizens have noticed that the normally petite Eve has developed a curvier body. This according to recent photos that she posted on her social media.

Eve herself knew that the snaps would cause some controversy and preempted the speculation with her own caption writing;

"Knowledge isn’t free, You have to pay attention!Slide 3: Ati wanasema😂😂?"

Kenyans obviously took the bait, with most showing admiration for the dark-skinned lady's body.

Some others meanwhile questioned where and when Eve had developed an almost figure 8 body with her backside and hips getting particular attention. 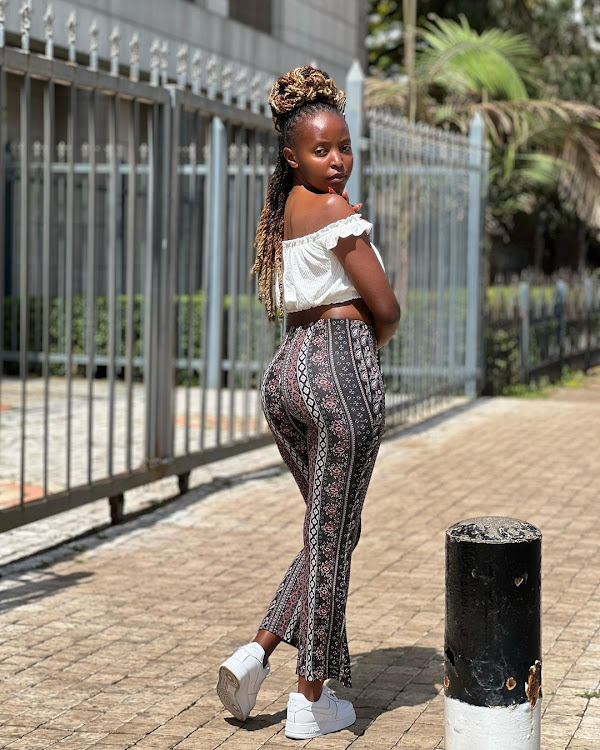 Mungai Eve flaunts her much larger behind.
Image: Instagram

When some asked when she had gotten the bigger behind, all Eve did was post smiling emoji's in response.

cate_wkb That body is giving 😍what it should give girl

Some were even so appreciative of Eve's body that one lady threatened that were she a lesbian she would have taken Trevor's woman. 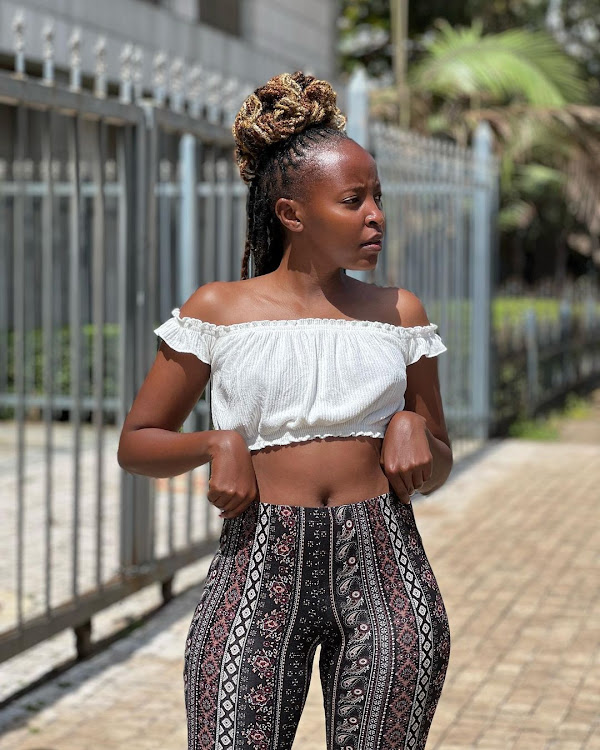 In May this year, Mungai informed her fans in a QnA that she finally weighed 50 kgs up from 46 kgs which she had stayed at for a long time.

In yet another update in June this year, Eve said that her hip growth wasn't influenced by any outside help.

"To be honest, I'm using nothing. Probably the weight is coming from peace of mind, and nowadays it's rare that I feel unwell. My waist is still 24 as it has always been, but my hips are a bit bigger, at 39-40.

I still wear the clothes I used to wear. I think people are noticing because sisi watu wakonde tukigrow kidogo watu wananotice.”

Popular YouTuber Mungai Eve has had to come out again to distance herself from rumours that she is with child.
Entertainment
1 month ago