Why Zari is the reason Diamond lied to his children

• Diamond has two other known children with different women, Hamisa and Tanasha Donna.

• Zari believes Hamisa and Tanasha are the reasons her four-year union with Diamond crumbled. 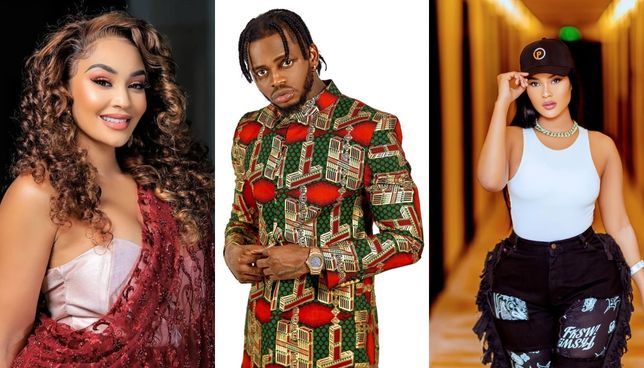 Zari Hassan, Diamond Platnumz and Hamisa Mobetto Zari is the reason Diamond lied to his children

Zari Hassan could be the reason her baby daddy Diamond Platnumz lied to her children about not having other children.

Both came after Zari Hassan made her believe they were the reasons her four-year union with Diamond crumbled.

She has made it clear to her online fans that she does not like both Hamisa or Tanasha.

Hamisa's child with Diamond was born a few months after Zari welcomed her son with Diamond being the main reason she dumped Diamond Platnumz.

According to Zari, her ex-lover betrayed her by having an affair with the Tanzanian businesswoman Hamisa.

Since then, Hamisa and Zari have never been friends.

Speaking in a recent interview, Hamisa said Zari is the reason all of Diamond's children have not met.

Hamisa who reacted in a recent online interview said she is on good terms with Tanasha and their children have even met.

Diamond Platnumz and Zari confronted by their children
Image: courtesy

"Tanasha and I are good, we communicate a lot but the one with the problem is our colleague (Zari). She despises us, and perhaps that’s the reason she doesn’t want to have all of our children blending but it’s all good," Hamisa said.

Diamond Platnumz and Zari were last weeks confronted by their two children over their separation.

According to Diamond's post, his daughter Tiffah and her brother Nilan called a family meeting and directly asked her father why he had broken up their family.

"So, last night mama told me you broke up the family, huh?" a bold Tiffah asked.

Diamond smiling asked the question again as Zari intervened while defending herself.

"That was not what I was saying. You asked me a question and I answered," Zari said.

"She said you were having a baby with another girl," Tiffah said.

Zari then asked her two children if they believed that their dad had other children, and they said no.

Tiffah interjected the conversation and said Zari has another man.

"She (Zari) is now with another person."

"Mama Tee is the one who broke up the family," Nillan said.

Diamond then said they would be surprised when they grew up and learned the truth about why their parents are not together.

"That was a music video, our family is still strong. It never broke up," he said.

Diamond lectured over failure to acknowledge his sons with Hamisa & Tanasha

Singer Diamond Platumz has landed in trouble with his family members over his failure to acknowledge his kids with Tanasha Donna and Hamisa Mobetto.
Entertainment
3 months ago

Diamond and Zari's kids demand answers on why they broke up

Tiffah and Nillan told Diamond that their mother is dating someone else
Entertainment
3 months ago
WATCH: For the latest videos on entertainment stories