The pettiest thing Ben Cyco has ever done to his wife

Ben Cyco gets candid about marriage to Wanjiru

• The couple have a podcast called Joyride 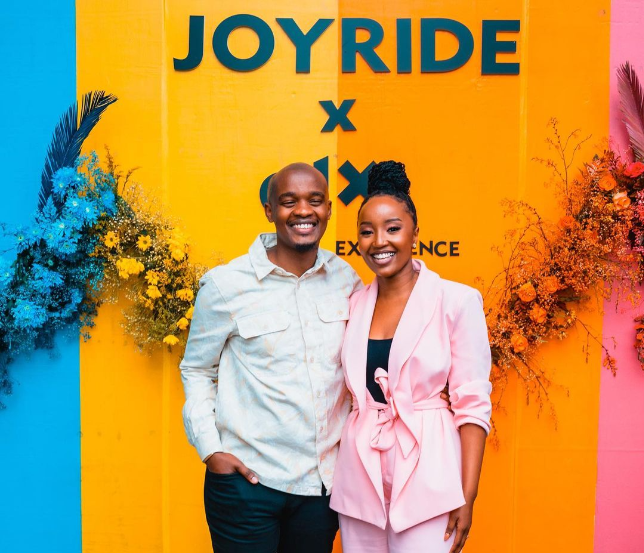 Ben Cyco with Wanjiru Njiru who have shared little known details about their marriage.
Image: Instagram

Marriage is the best thing to ever happen to gospel star and podcaster Ben Cyco and  YouTuber Wanjiru Njiru.

Speaking to Kiss Fm's Kalondu Musyimi, Ben and Wanjiru got candid about their marriage.

"Marriage boils down to an issue of being humble. You have to work more on yourself work on improving who you are coz marriage will test your patience when your partner just annoys you The person you love is the p[person who can annoy you," the explained.

What is the one petty thing that Wanjiru has ever been upset over about Ben?

She explained;  "This child of God there's one day we were having a fight. And he went to the hanging line and took only his clothes and left mine,”.

Laughing about Ben's pettiness, Wanjiru isn't that so petty? They were dry and he only took his and left mine"

Ben defended his actions; "It was her responsibility to go and remove the, sa aliwacha for three days I got a bit pissed and maybe leaving her clothes, I pushed it a bit too far."

How does Ben apologize?

Wanjiru gushed that her husband goes all in;

"Ben is so quick to apologize. He is not the kind of person who will go more than if you tell him, he has wronged you this way, and he will quickly apologize,".

What does Ben love about Wanjiru?

"I think her willingness to work on areas that I point out inakuanga tough. In fact tunaeza vutana over one thing for a long period but eventually you see her starting to be receptive and like okay that's some good improvement"

Talking about the collaborative project, the Joyride Podcast Ben said;

"Joyride season 1 was the first time we ever did such a podcast. Now we've grown we are more confident, and we believe in what doing now. We will be having more collaborations as well".

He promised that their Podcast will seek to have more people on board for season 2.

"Just to get perspective from different people as we get to share and learn. So it's gonna be fun," "Ben said.

According to the couple, they will have Dairyland as a support system when shooting season 2.

Wanjiru expressed her nervousness during season one of the podcast; "going into it I think I was very guarded about the information I was sharing,".

The couple will open up more to their online family as Wanjiru adds; "I had my walls up but in season two "

Who is the couple bringing on board?

Ben hinted that it will be people that Kenyans find cool.

Are there topics that are off-limits for the couple?

Ben told Kalondu that they share topics that touch on their experiences in life.

"The topic has to have a positive impact on our listeners. On top of the jokes, on top of the memes, at the end of the day, somebody needs to have something that they are taking home,".

One of the challenging topics Ben and Wanjiru tackle in season one is therapy in marriage. Ben explains that it's necessary although there is a stigma towards couple therapy.

How has working together helped their relationship?

Wanjiru says; "It makes us a stronger unit. Of course, we spend so much time together, who doesn't want that with your partner?

Ben agreed and also added that couples should also have their time apart.

One thing that has ever hurt Wanjiru is hurtful comments from trolls who told Ben that he deserves better.

"It's one thing to read the comment; it does something to your mind. That was difficult I think we've gotten over it. Wamekula block,".

Ben serves as an encouragement to his wife about online bullies.

"Don't be so hell-bent on checking comments, do your thing, like out of 50 people who are so nice, unapata one is who tells you something that may make you quit. Don't spend too much energy focusing on the hate"

Gospel singer and TPF 5 winner Ruth Matete's husband the late John Olakanmi Apewajoye died from complications resulting from the burns he sustained
Entertainment
1 week ago
WATCH: For the latest videos on entertainment stories