An ICT officer has cancelled his wedding because his fiancée cheated

• The wedding has been cancelled through a public announcement.

• The woman's family has come to her defense 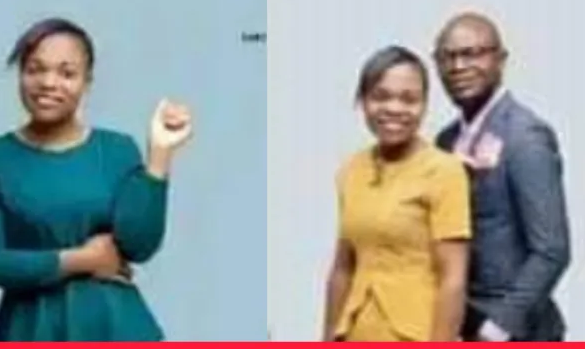 A Malawian man identified as Dennis Mzumara has cancelled his wedding with fiancée Tionge Chiuluka, after she confessed to cheating with a married man, Andrew Mhango .

Reports indicate that woman has been having an affair with her office boyfriend (Mhango) for the last five years.

The couple was due to marry on September 24, 2022 but the wedding has been called off following cheating and physical abuse allegations from both ends.

“The forthcoming wedding between Dennis Mzumara and Tionge Chiulika which was scheduled to take place on 24 September 2022 has been cancelled."

“The wedding has been cancelled for the sole reason [of infidelity]. It is with great difficult that I write this message informing all our friends and family of this decision”, reads the statement which appears to have been authored by Dennis’ side.

It is said that some well-wishers who were aware of the relationship between the fiancée and her office boyfriend notified the man before their wedding day.

The man told their Pastor and upon interrogation, she admitted the affair with Andrew Mhango who is married.

The admission forced parents of  the woman  to pull out of the wedding preparations hence the wedding cancellation. 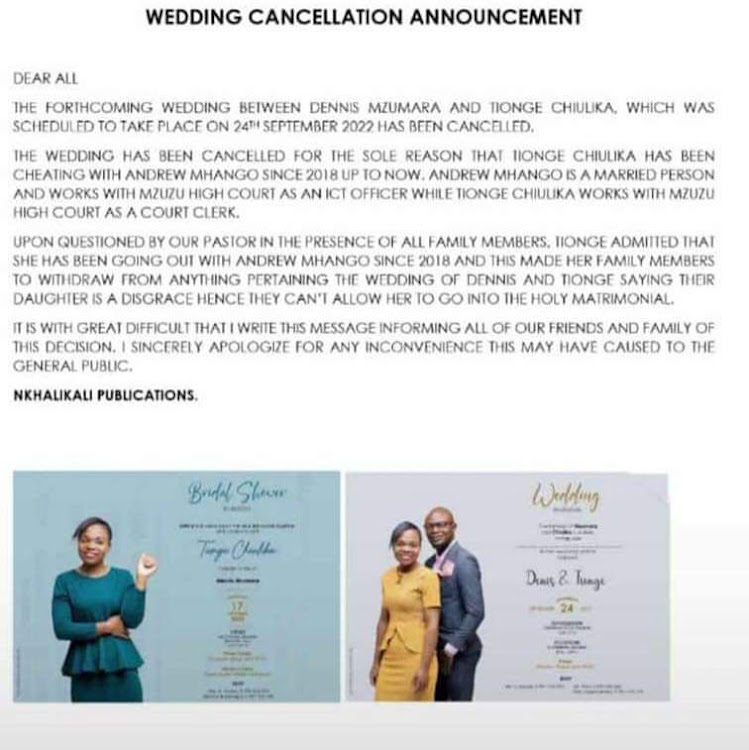 @Francisnesh3·What is this maturity really

@STonkei·Should have broken up quietly. Sasa wameanika bwana ya wenyewe maybe the wife didn't even know until the announcement

@silaskngetich·It had to be an IT man?

@Jlesirma·Thisis the drama I want to watch kn Netflix.

@BeerAmbKE·Hakuna pilau tena. Si wangefanya tu sisi tukule alafu wa break up after we are done. We can't prepare stomach then you people disappoint us like that

@iDonCeenItall·Love is a crazy thing with so many umbigous options. Utapata wedding inakua canceled and when streets become rough Mr. Denis anaendea matunda tu in disguise like nothing happened, and bcos Tionge darling could be in love wity them both, atawaserve tu wote chini ya maji.

@jmus2007·There was no need to give reasons for cancellation. Quite nefarious

Mwalimu King'ang'i was of the opinion that the deceased should not have followed her man.
Entertainment
1 week ago

Here is your guide to things cheaters say when caught
Entertainment
2 weeks ago
WATCH: For the latest videos on entertainment stories