Why Juliani should be celebrated and not mocked

Juliani has spoken to the UN about the role of music and art in fostering peace.

• Juliani was commissioned to write a song for the Health Ministry.

• He is the first Kenyan to close an album distribution deal with Telkom. 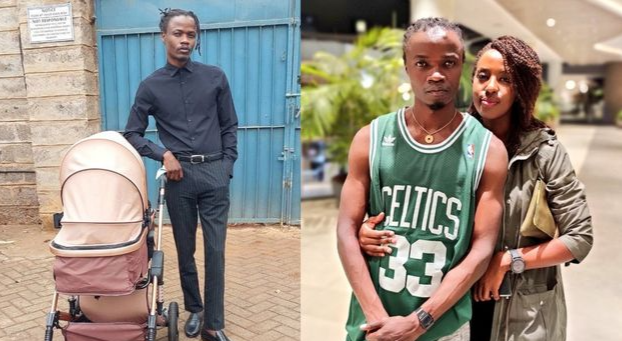 Juliani steps out with his son with Lillian for the first time
Image: Instagram

Juliani is a force to reckon with.

There are things that people do not know about the musician who has been in the industry about 16 years.

He has brought on board a multitude of organizations to  create space for creatives to grow their craft, based in Dandora.

1. Juliani is considered legendry in the music world.

The Utawala singer has entertained us for over 15 years and solidified himself as a pioneer in Kenyan hip hop.

2. He is an activist whose shines a light on the plight of creatives.

3. He has served as the Vice-Chair on the Kenya Private Sector Alliance (KEPSA) governing council in Sports, Arts and Culture; as a patron of the Umoja Cultural Flying Carpet Festivaland as the Youth Climate Ambassador and the Nairobi Securities Exchange Ambassador.

4. He has worked on numerous campaigns such as the Kenyans for Kenya Campaign ‘Celebrity Waiter Challenge’, International Commission of Jurists tree planting campaign “Rauka Ama Hatuta Survive” and Bono’s ONE campaign ‘Do Agric, It Pays’ for the song “Cocoa na Chocolate”.

6. His friends are among the who's who in Kenya. We are talking about people like former Chief Justice Willy Mutunga, the late Safaricom CEO and KCB CEO Joshua Oigara, who have praised Juliani for being a good man.

7. He is optimistic in the face of criticism.

Despite the trolls and cyberbullying he continues with his work and craft.

8. He has displayed strength of character.

Most of us would fold in the face fo criticism and ridicule. But Juliani holds strong.

KOT are saying Lilian Nganga fumbled the bag by leaving rich Alfred for struggling Juliani. They said on Twitter that Lilian got it wrong among other ...
Entertainment
1 week ago

Juliani steps out with his son for the first time (photo)

Kenyan musician Julius Owino popularly known as Juliani has stepped out with his son with Lillian Nganga for the first time.
Entertainment
3 weeks ago
WATCH: For the latest videos on entertainment stories