'County 49' beats 'The Real Housewives of Lagos' to make history

The thriller series was the most-watched premiere ever for any title on the streaming platform.

• Peter Kawa is Malik, a fallen hero with something to prove; Nyokabi Macharia is the governor’s chief of staff 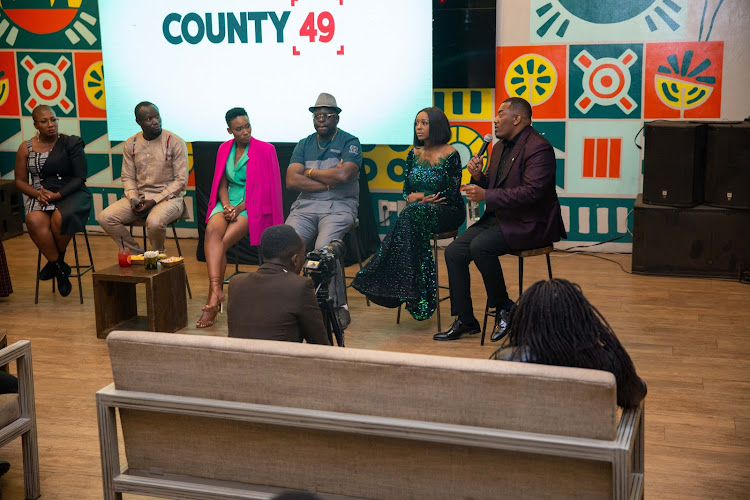 Moments captured from the launch of a new series called County 49
Image: courtesy

Political thriller series 'County 49' has broken the record for the most streamed show on Showmax on the first day.

The thriller series was the most-watched premiere ever for any title on the streaming platform in Kenya when it debuted on 25 August, claiming the spot previously held by 'The Real Housewives of Lagos'.

Set in the fictional Bwatele County, County 49 follows Nerimah Mkung, whose role as the new governor is put to test when she’s taken hostage by a mysterious group who’ve had enough of the county government’s corruption and are now demanding what's rightfully theirs - their money, in billions and in cash.

Whether she lives or dies lies in the hands of the very capable, disgraced officer Malik Maka, whose estranged wife has been kidnapped, alongside the governor.

The County 49 cast during the private screening

James Webbo plays his captor, Elijah Matata, a man who sees himself as a revolutionary leader, even though the government sees him as a terrorist.

Peter Kawa is Malik, a fallen hero with something to prove; Nyokabi Macharia is the governor’s chief of staff, caught in the crossfire of a war she didn’t sign up for; and Ainea Ojiambo is the former governor Okusimba, whose corruption precipitates the civil unrest in Bwatele.

The show premiered on August 23 where the screening of the first episode was exclusively aired.

County 49 actor Martin Githinji aka Daddie Marto has opened up about many facets of his life in an exclusive interview with Mpasho's Kalondou Musyimi.
Exclusives
2 weeks ago

Photos: How the exclusive screening of County 49 went down

On August 23, 2022 all roads led to Nairobi Street Kitchen for an exclusive premiere of a new series dubbed County 49.
Entertainment
1 month ago