Hussein is now a close ally of President William Ruto.

• Hussein Mohammed was the Head of Communication in President William Ruto's campaign team.

• He and Kanze both worked for Citizen TV. 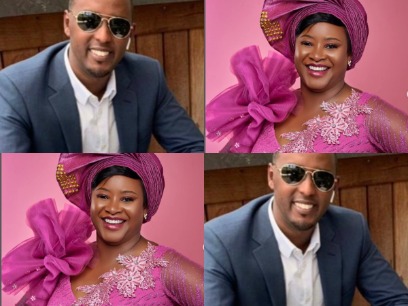 Kanze Dena and Hussein Mohammed. Kenyans have been campaigning for Hussein to replace Kanze as State House Spokesperson.
Image: Twitter

Former Citizen TV host Hussein Mohammed and his ex-colleague Kanze Dena have been trending for days.

This was after Kenyans suggested Hussein's name to President William Ruto asking him to appoint him as State House Spokes Person.

Below are similarities between this two.

1. They both worked at Citizen TV

Kanze resigned in 2018 to start her job at State House. In 2019, Hussein Mohamed quit his job as a prime-time news anchor on Citizen TV.

2. They have both studied journalism

3. They have both interview prominent people

4. They were both interns with famous media houses

Hussein was President William Ruto's Head of Communications during his campaigns

Many have hailed him for being a force to reckon with in helping accelerate Ruto's win.

Below are some of the reactions from Kenyans campaigning for Hussein to be appointed as State House Spokesperson.

@_kinglionel: The inclusion of Hussein Mohammed in the Ruto communication team was a master move

@engGeoffreykim: Whenever Hussein Mohammed interviewed president Ruto, he'd hit him hard with facts and below the belt. Ruto took that objective criticism positively and decided to run away with that talent. Hussein Mohammed is a talented chap!

@santoni_peter: Actually the risk that Hussein Mohammed took was worthwhile. Leaving a media house for strategy & a public relations whizz in a political party.

@alvinogolla_ke: People thought that Hussein Mohammed quitting citizen tv after 10 year stint would be one of the recital narratives of fallen from grace, look at him now he’s the spokesperson of statehouse and head of PSCU. Sometimes you need to take it back and chase a dream only you can see.

Melchizedek @KanzeDena The Prophetic Mandate Kanze Dena I believe has her place in Rutos Government and Should be Treated With the respect she deserves.Remember How Gracious the Lord Has Been and Know that He is Still Faithful and Will Continue to Bless You It's well With You. GOD bless You

@KituiNiNyumbani: Hussein Mohammed has been very instrumental in the success of William Ruto. The nation will never forget him.

@korir_cornel: Lulu Hassan should be ready to receive her FRIEND BACK Kanze Dena as Hussein Mohammed takes over her role at State House Spokesperson.

The Presidential Strategic Communication Unit boss said Uhuru will be missed by his members of staff, and even more as the head of state
Entertainment
2 months ago

Celebs who kept their entire pregnancy a secret (List)

These celebrities kept their pregnancies a secret for the entire 9 months.
Entertainment
1 month ago
WATCH: For the latest videos on entertainment stories