Chiki and Bien under pressure to have kids (Video)

Bien aime and Chiki are facing questions about starting a family

• Bien revealed the number of kids he would love to have

• Chiki has told society to ease off the pressure. 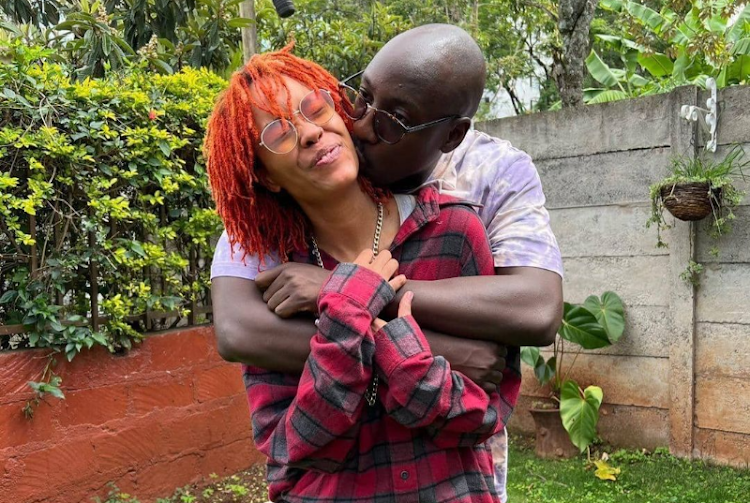 Bien Aime and his wife Chiki are facing immense pressure from society to have children.

This follows their secret wedding held in 2020.

The pressure from fans has already been addressed by Bien who told fans to wait just a little bit longer.

In March 2022, Bien Aime Barasa spoke at the launch of his band's project, Sol Kid's. Mpasho was able to interview the group's tallest member, who opened up on other things other than the new venture.

During the interview, Bien admitted that he wanted to be a father in the future, with two kids being the magic number for him.

He added that he had come from a big family and he wanted a few kids only. Bien was pragmatic about his future parenting style saying that he still wasn't sure how it would go.

"There is the theory and the practical and many times those two things don't go hand in hand. I want to be more present as a dad. That's possibly why I haven't had kids over the years. I haven't felt like I am ready to be present."

And now his wife Chiki Kuruka in another exclusive Mpasho interview told Kalondo Musyimi that people need to mind their business.

Does she get pressure from society to become a mother?

"I find it so unfortunate. First of all, I teach a lot of women. So women are my passion. I think we need to be careful about putting undue pressure on women to have children. first and foremost, you don't know what someone's biological status is."

She added shaming women for delaying families should end

"There are so many women who are unable to give birth and that's such a trigger.

If you happen to be one of those people who are unable to give birth and constantly on your feed when are you giving birth, when are you when are giving birth and I'm not saying that that's my particular status, but people need to be careful how they throw that out there"

"second of all I hate the gender difference. because I can't post a picture without someone saying when are you giving birth? I am yet to see that on Biens page. It takes two human beings to have a baby so the idea that that is women's issue and the idea that it's really upto the women that's nonsense. i mean that's the most toxic argument I have ever heard. So I think for me personally I'm not really one to care. about external pressure, it doesn't really bother me,"

Bien says bad relationship with items made him lose his wedding ring
Entertainment
2 months ago
WATCH: For the latest videos on entertainment stories