Men reveal why they ditch their wives for side chicks

Most men said they go to side chicks to seek for peace which they can't get in their homes.

• Camilla was a side chick to King Charles  before and after he married Princess Diana.

• She is now the Queen after her husband King Charles took up leadership after the death of Queen Elizabeth. 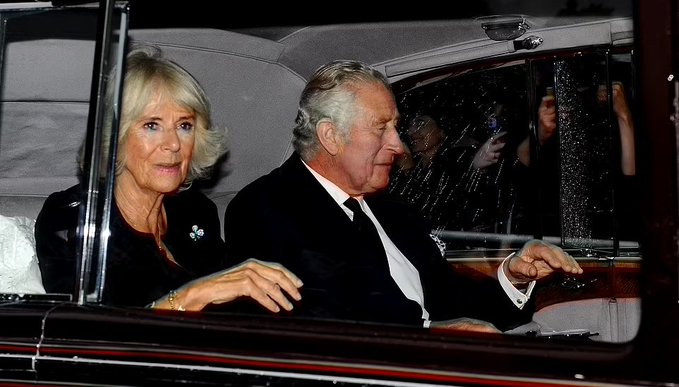 King Charles and his wife Camilla. She is now Queen after the death of Queen Elizabeth.
Image: Twitter

The news of Charles been made King after the death of Queen Elizabeth has left many talking.

But what has set tongues wagging is the fact that his wife Camilla Rosemary Shand, being named Queen Consort.

Unknown to many Camilla was Charles's side chick of many years before they made the union official. She was married but she was having an affair with Prince Charles.

At the time Charles was not married but at some point he married Princess Diana who later died in a road accident.

8 years later Charles and Camilla got married. During the Morning show on Classic105, callers shared why they made their side chicks the main woman in their life.

*Kevo said peace of mind is what pushes men to side chicks.

"If the goat wife is a menace then you have to settle where your heart is at peace."

*Brian says that he married his side chick after his wife became a party animal.

"My side chick of 3 years is now my wife, I left my wife after she became a party animal.

If I am told to go back to my wife I can never go back.

@njorogem2014: Nowadays Sidechicks are the Best, they are most respectful than wives, Once mmezoeana na Wife, heshima huwa inaisha hadi atakwambia ujipashie chakula.but when you marry that's when you realize there is another good world.

@kavoskynthiani: In Kenya you can't live without a side chik maina ile pressure iko kwa izi nyumba ,it needs someone to light you up every day before stress ikuue.

@ErickDerick77:  Camilla kept her lane as a side chick and now she already has the crown! She is the queen consort! These women are all important to this spices called men!

@MuGmungai: This thing in Kenya is like that's what it is....call them second wives....its nonsense there is nothing you can do as a wife.

No matter how hard you work,he will leave n have that other woman...To the ladies take care of yourself don't be depressed because of this men.

@Hannahwangechi: Side chics will remain side chics they will never have their place at the main table as long as the 'goat wife' continues featuring in the picture!Interestingly ,Diana is doing well even in grave ,his son William has a Kingdom to inherit ,what about Camilla's?Nothing !

Queen Elizabeth's coffin is in Balmoral, but will soon embark on its journey to the nation's capital ahead of her state funeral on Monday, September ...
News
2 weeks ago

Charles III has been proclaimed as king at a ceremony at St James's Palace. Charles became king immediately, following the death of his mother
News
2 weeks ago
WATCH: For the latest videos on entertainment stories

Queen Elizabeth 2 of England has died