Fans speculated that Tanasha's scene was a enactment of her failed relationship with her baby daddy, Diamond

• This is Tanasha's début movie into her acting career 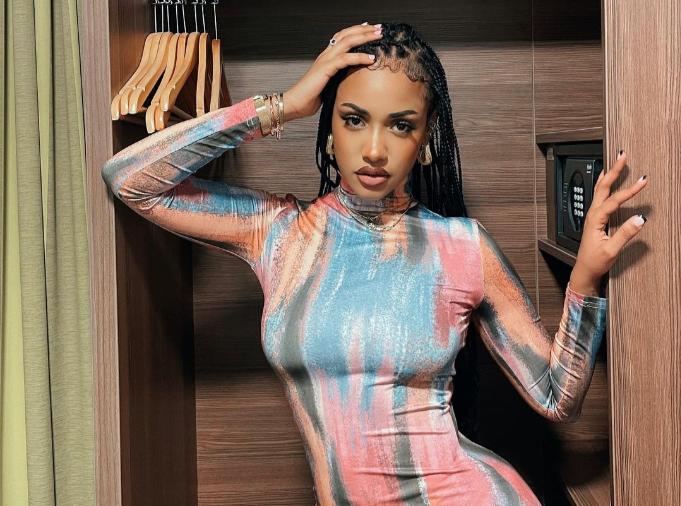 Kenyan recording and performing first rising musician Tanasha Donna has netizens going crazy after she shared a trailer of a movie dubbed Symphony that she recently featured in.

It seems that minus motherhood and being an entrepreneur the 27-year-old has taken up acting under her wing.

What caught everyone's attention is Tanasha's scene which has netizens speculating that the singer might have helped write her scene to reflect her failed relationship with Tanzanian superstar Diamond Platinumz.

In a snippet that she shared on her Instagram page, the mother of one is seen arguing with a man, (her boyfriend) whom she claims is disdaining her in public by sleeping with multiple women.

The guy approaches her while soothing her and leans to kiss her when an angry Tanasha goes, " don't baby me!"

"This is the third time! Baby mama number three, what is wrong with you? You wanna explain why everybody I know is tagging me under that bi*tches post,

Or explain why you are mocking me for the third time? " Tanasha complains.

Before adding angrily asking him, " why can't you just keep it in your pants."

That scene from the movie has netizens speculating that it was a depiction of how Diamond treated her while they were together and the infidelity is what ultimately caused their split.

The film, which marks the singer’s début into the acting world, also stars some notable names from the West African region among them Nigerian musician D’Banj and Ghanaian actress Jackie Appiah.

It is a beautifully crafted film that mirrors the everyday life of the African youth’s journey to relevance and its main focus is on music and entertainment.

The movie was shot in Lagos Nigeria and has soundtracks from some of its featured actors.

Tanasha in a recent interview revealed that she has no issues with Diamond as a dad hinting that he tries his best and is involved in his son's life.

Diamond has 4 kids with three different baby mamas and is currently rumored to be dating his Wasafi signee Zuchu.

anita_amuok: Thinking of annie and 2baba😂 and 99 others😂😂🤭

seddowaka : Please can some one tag diamond platnumz

List of Kenyan celebs who have undergone gastric bypass & liposuction

Gastric bypass is a weight-loss surgery that changes how your stomach and small intestines handle your food.
Lifestyle
1 month ago

Tanasha Donna gets candid about beign born abroad to an Italian dad and a Kenyan mum, and travellign between Africa and Europe
Entertainment
1 month ago
WATCH: For the latest videos on entertainment stories