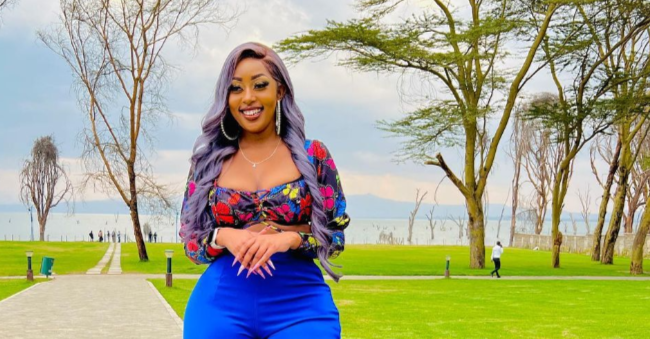 Socialite Amber Ray. She said that she was set up and the witchcraft photo leaked online
Image: Instagram

Socialite and entrepreneur Amber Ray has netizens going crazy after she posted the ' season finale ' of her YouTube tell-all series dubbed ' As it is.'

In the video the mother one revealed that she wanted to tackle the witchcraft accusations as the first episode of her videos but she had not healed from the betrayal thus couldn't address it on camera without breaking down.

Amber insisted that she has never participated in witchcraft as she has a strong relationship with God.

Speaking to her co-host, Amber alleged (without naming him) that it was her ex business tycoon ex-husband Zaheer who took and leaked the photo online.

“The thing is, I’ve never used witchcraft on anyone. I’ve never ever. God has been so faithful to me and I feel that was one of my biggest challenges.

And the saddest part is, the person who took that photo of me holding the hens, is the same person who I was accused I went to the witch doctor to bewitch.

It's funny that the person I was being accused of bewitching is the person who took me there and took that picture without me knowing,” Amber alleged.

She went ahead to emphasize that she did not have a clue that the photo had been taken and actually saw it online like everyone else. 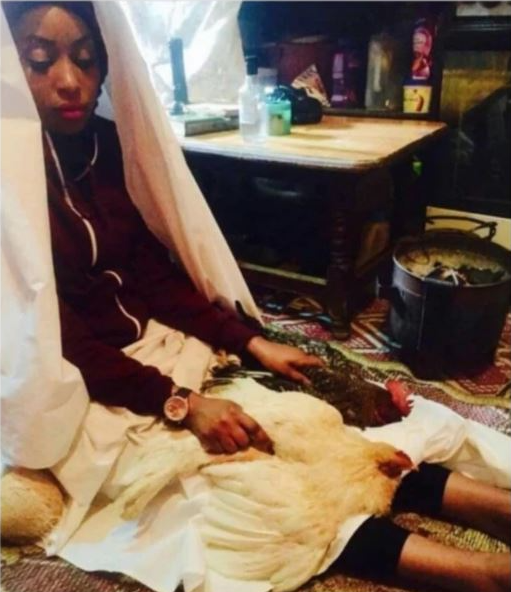 Amber Ray. The socialist has hinted at the person who leaked the witchcraft photo
Image: File

“And I saw it on social media with everyone else, I never knew that such a picture existed before that. I’ve never gotten any clear explanation about it.

I feel there was a hidden agenda because we were always together in beautiful places but you never took pictures of me.

So why would you take me to such a place and take a picture of me? I think that was where my faith was a little bit shaken but I went through it.” Amber claimed to her co-host.

Amber said the whole ordeal shook her faith in God and she was very angry with the world at large.

The entrepreneur became a hot topic and ended up trending for close to 6 months over the accusation that witchcraft is how she got wealth.

“I thank God for the people who were with me at that time and they never judged me. They used to defend me and they didn’t even know the story.

The way that picture was taken, even I would say it was witchcraft but that is not the case. Me I knew it was prayers…I don’t want to go into it because that is a topic that will make us stay here forever…” Amber narrated.

The witchcraft accusation was made by the wife of Zaheer Jhanda, a tycoon turned politician.

The accusation was that Amber had gone to a witch doctor to bewitch Zaheer into loving her and never leaving her.

Zaheer and Amber started dating while Zaheer was still married their relationship caught the eye of netizens with most trolling Amber.

Then in August 2018, Amber Ray publicly announced that she was no longer dating the politician turned businessman Zaheer Jhanda.

“It feels like heaven,” said Amber Ray after the fan asked whether she was happy after dumping the politician.

Amber Ray and Kennedy back together? Fans speculate

'Miscarrying Jimals' child was a blessing in disguise' -Amber Ray

Amber Ray and Jimal dated while he was still married to Amira.
Entertainment
3 weeks ago
WATCH: For the latest videos on entertainment stories

check out the latest news here and you are welcome to join our super exclusive Mpasho Telegram group for all the latest and breaking news in entertainment. We would also like to hear from you, WhatsApp us on +254 736 944935.