• Elsa Majimbo explains why she will never comeback to Kenya 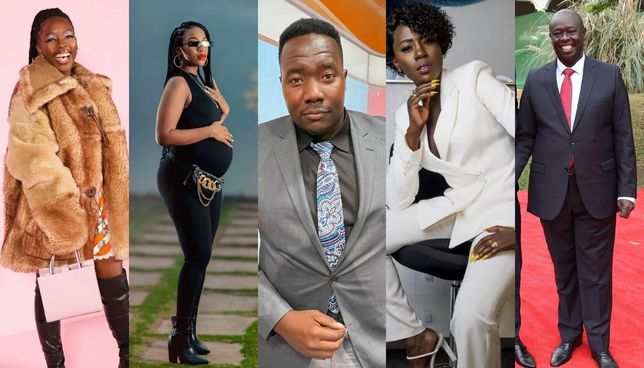 After a week that has been full of news around Queen Elizabeth’s death and William Ruto’s swearing-in preparations, #TheRoundUp is here to once again summarize your weekend with top trending entertainment stories.

So, let's get to the business of the day;

She said the family is sacred to her, and she was not ready for the scrutiny of Kenyans on social media.

"Family for me is sacred and with the way Kenyans bash people, I prefer them to know I am married, we are in the same business, and I have a 3-year-old, but all the other details acha sasa wanijue in the public light."

Giving more details on the company, she said she is a co-owner but draws a salary at the end of the day.

"I am a co-owner but am employed as I draw a salary from there," she said as she giggled.

Justina recalled that her husband was very supportive as she emphasized the importance of involving one's partner in decision-making.

"In 2022, I was married, and I remember saying in an interview if my husband hangenipea ruhusa, singekubali. Assuming if I left na kichwa ngumu niseme it's my vision, and then it is written nimepatiwa accommodation, your guess is as good as mine about my family.

"It's good when you are married to know it's a family vision and whatever you do affects the family.

Like any other mother, Akothee alias Madam Boss is over the moon as her daughter Fancy Makadia lands her first job in Europe. 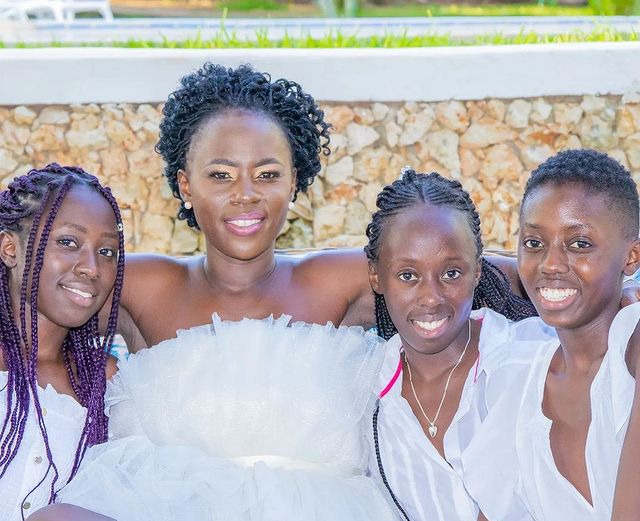 She couldn't hide her excitement as she shared the news with her Instagram followers. She noted Fancy interviewed for the job last week and got confirmed this eventful Kenyan week.

"My daughters @fancy_makadia first day at work in France in the middle of Paris, an interview last week, work confirmed this week."

Over the past few days, Akothee has been a person of interest to the Kenyans on Twitter Community, trying to debunk the matter, she added to the post.

Netizens thought the Self-proclaimed president of single mothers was overstepping and they joined the conversation trying to make their voices heard.

Renowned media personality Willis Raburu opened up about his divorce from his first wife Marya Prude.

Speaking to Massawe Japanni, the father of three said his marriage crumbled after they lost their daughter in December 2019.

Raburu was explaining how hard it was to go through grief alone.

"I had only a few friends who were my support system at that particular time," he said.

"While grieving, you would probably have two people and non will allow you to fully grieve about your child. It was an empty void and I did not know what to do."

Raburu said losing his daughter affected him in ways he is yet to recover.

"I used to drive for long distances but sometimes, I lose focus. I went for therapy twice a week or once. It was painful and I will never forget it. The worst was I had to go back to work and I need energy for my TV show. For sometimes, while on the show, it was like an acting gig and after the show, I would cry all the way home."

To keep his daughter's memory, Raburu got a tattoo of her name Adana.

Elsa Majimbo will never return to Kenya after bullying by Netizens 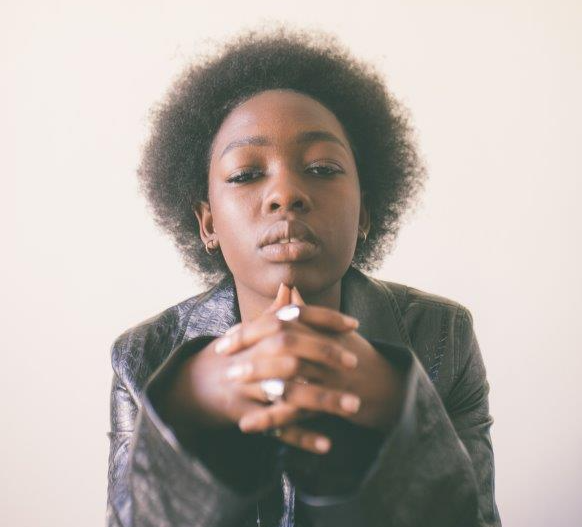 Elsa Majimbo who has said will never return to Kenya
Image: Forbes Publicity

The comedienne relocated after she was cyber bullied after videos of her went viral during the Covid-19 pandemic.

Speaking during an interview with Forbes, Majimbo says she only comes to Kenya to see her family.

"I have a very complicated relationship with Nairobi. When things started going on well for me there was alot of backlash to me and there were alot of colorist things said towards me and surprisingly its people from Kenya who were doing that and they were bullying me on the internet," she told Forbes.

Majimbo says she is happy with the course her life has taken.

"They were hell bent on my failure and it was so absurd. When the whole world was cheering me on Kenya was praying for my downfall so when I got the chance I packed my bags and I left. I'll go to see my family but I left and I'm never going back."

How does she feel to be young and rich?

"My mum always said what you spoke came to be.

I am now making good money. It feels good to have a choice to do what you want and to help others."

Celebrated media personality Betty Kyallo added her name to the list of Kenyans who have been treated to a pleasant surprise by Tiktoker and Dancer David Moya.

A video shared by Moya shows an elated Ms Kyallo after the dancer pulled up to her unannounced – complete with his signature dance.

Moya narrates that it was a pleasure to be contracted to surprise Betty while on her daily routine chasing the 'dollar'.

“It was a pleasure to surprise Betty Kyallo in the company office located in Westlands .

"We love how excited she was. We welcome you Ms. Betty Kyallo and it's a pleasure to have you work with us.

“Here we Conceive, Believe and Achieve all our investment dreams,” Moya shared.

Speaking after the surprise Betty said;

“I m holding flowers because I have been surprised by Moya David. This was crazy. I am sweating, trembling. When I woke u  I did not know how my day will end,” Betty Kyallo posed.

Lately, Moya has been on a mission to spread love and happiness as his videos will always leave you with a smile on your face. 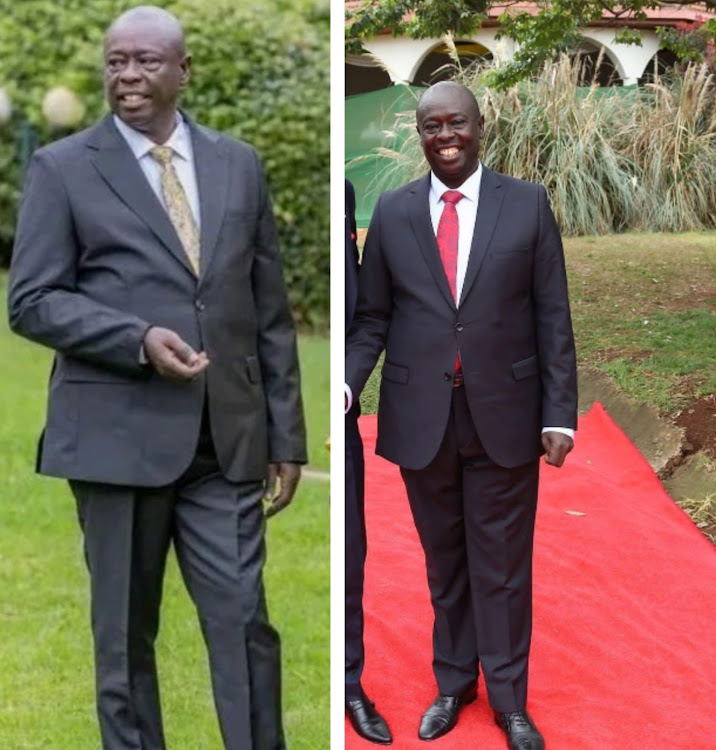 Gachagua stepped out looking very sharp in a black suit, red tie, and white shirt leaving his fans wowed with many praising his designer.

Gachagua has been a victim of trolls over his dressing code.

Pictures of him donning oversize jackets are always shared online as memes.

A few months ago, a Twitter user gave suggestions on where Gachagua can get slim-fit suits to improve his image.

"They are not expensive. It is a place you will get very affordable suits that will make you look stylish and people will start seeing you as a Deputy President," the anonymous netizen wrote.

Well, while speaking to Mpasho's Elizabeth Ngigi last month, about the memes, the incoming Deputy President told critics that he is not bothered by their words.

"The people who matter in my life are my family, and they are very happy with the way I dress,".

"What other people say is not my concern. I don't dress for people, I dress for myself." he said.

Karen Nyamu took the oath of office at the Senate chambers after her name was gazetted by IEBC as a nominated senator.

Earlier on, the father of five shared a post about his upcoming show that is scheduled to go down today (Evening).

In the post, the veteran Mugiithi singer failed to talk about his baby mama or even send a congratulatory message.

Samidoh later stepped out in a navy blue suit that matched that of Karen Nyamu and fans were gushing about how good he looked.

According to some fans, Samidoh was preparing to treat his baby mama to a dinner after the occasion.

Later on, Nyamu used her insta-stories to share Samidoh's photo posing next to their son- fueling more speculations around their affair. 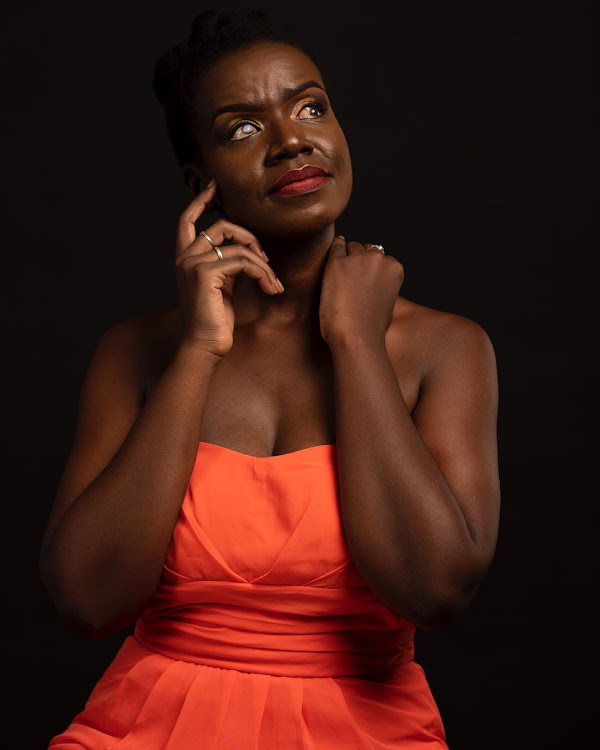 In a gazette notice issued by IEBC on Wednesday, September 7, 2022, Asige’s name features on the list of legislators who have been nominated to join the National Assembly and the Senate.

The singer has been nominated by the Orange Democratic Movement (ODM) while United Democratic Alliance (UDA) nominated George Mungai Mbugua as the male representative for persons with disabilities.

On July 28, Asige sent a message of appreciation to ODM Party leader Raila Odinga for nominating her to the Senate.

“This week Hon. Raila Odinga chose to leave no Kenyan behind - no matter their ability or disability. I consider this Senate nomination by Baba and ODM to be an honour and count this as a win for the communities I represent. A win for Persons with Disabilities, a win for women, and a win for the youth in Kenya,” Crystal Asige wrote.

City politician Karen Nyamu is among the women who have been nominated to the Senate.

Baha and fiancée's painful act of love for their gorgeous toddler

Ex Machachari actor Tyler Mbaya aka Baha, and his fiancée Georgina have dedicated matching tattoos to their newborn daughter, Astra.

The young couple told a fan that the did it out of love in a message penned on Instagram. Baha captioned his chest tattoo, "Our babygirl for life."

This follows the unveiling of their daughter's face to fans. Their baby was on an official baby photo shoot and the first photo shared showed her angelic face. Tyler's message read,

Proof Diana Marua's fans are some of the best ever!

Her die hard fans threw her a surprise and Diana appreciated the moment.

Dressed in all white dress showcasing her protruding belly, Diana danced along to the popular song Mi Amor.

In a video on Nicholas Kioko's channel, fans celebrated Diana who shed tears to chants of love at the party. 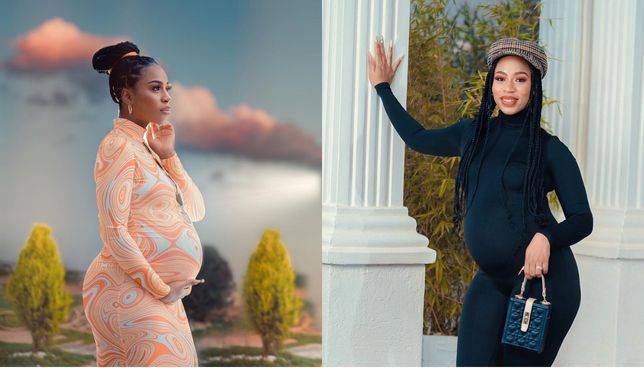 Diana Marua who is expecting her third child
Image: Instagram

Diana went around the crowd giving each fan a hug while enquiring how they managed to pull off the surprise.

There was a special presentation for Madoo or Auntie Madi as she is referred to.

Diana Marua has been spending most of her pregnancy with her family, bonding as she awaits the big day to meet her baby.

Taking to her socials, the mother of two shared a photo of her daughter in school uniform and captioned

"We are in big school starting today!So excited, so grateful to God for this incredible gift of mine.❤️❤️❤️"

Terryanne was 37 years old when she welcomed her second child.

During a Q and A segment, a fan asked how hard or easy it was to get a child in her late 30's.

"What's like giving birth in your 30's and after 35 to be precise?" The fan asked

The mother of two was bold enough to say that she had a difficult journey and that she underwent CS for both her children.

Babu Tale, the manager of Tanzania’s superstar Diamond Platnumz and also who doubles up as the Member of Parliament for South East Morogoro is mourning yet again.

Tale is mourning the passing on of his secret baby mama whom he had a child with.

Through his social media, Tale said his baby mama passed on two months ago.

He did not reveal too much about the cause of her death. He said God will help him pull through.

However, the death of his second mother of his children has elicited a mixed reaction.

A section of his followers thinks there is evil power taking place.

Tale was also accused of sacrificing his wife Shamsa Kombo a few months ago something he vehemently denied.

Speaking during an interview with Clouds FM, he dismissed the claims saying they were started by jealous people.

Tale said he loved his wife and she loved him too.