The 'Mama' singer has secluded himself since his Mathare loss

• Diana Marua revealed details about her hubby after her fans had surprised her with a baby shower.

• The mother of two hinted at great things that are about to happen for her hubby. 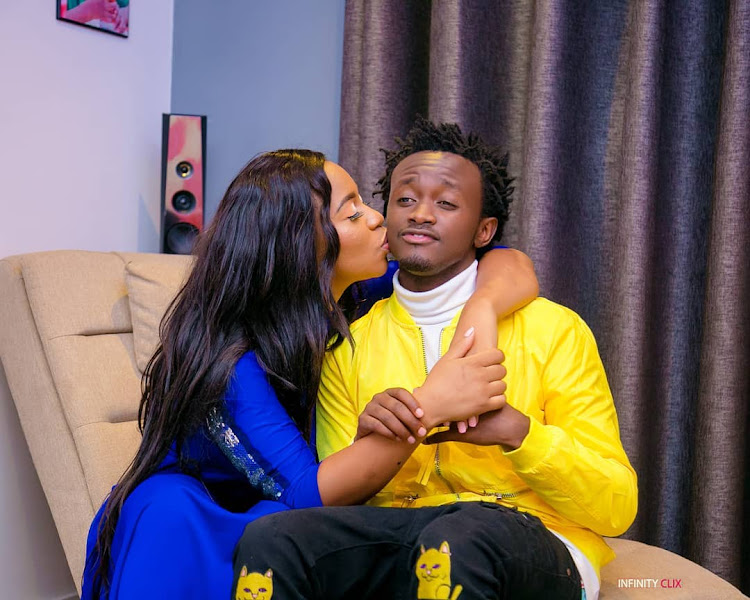 Yesterday some loyal Diana Marua fans came out to celebrate her with a surprise baby shower.

But while the event went down smoothly, there was one conspicuous issue that stood out. Where was her hubby, Kevin Bahati?

Diana who didn't know that she was being thrown for a surprise baby shower by her fans, the Premier Gang, revealed that she had left her hubby home not suspecting anything was afoot.

"I was supposed to meet Dr. Nyamu for a board meeting and I was even late. To come here and find this people wishing me a surprise, I couldn't even fathom it...I had even left Bahati behind," she told Mungai Eve and Nicolas Kioko.

When asked what her hubby had been doing since he lost his bid to become the next Mathare MP, the mother of two avoided answering the question but hinted at something big that would be coming from him.

"What I'll say is that you should wait for him cause it's going to be crazy. Just wait for him!" 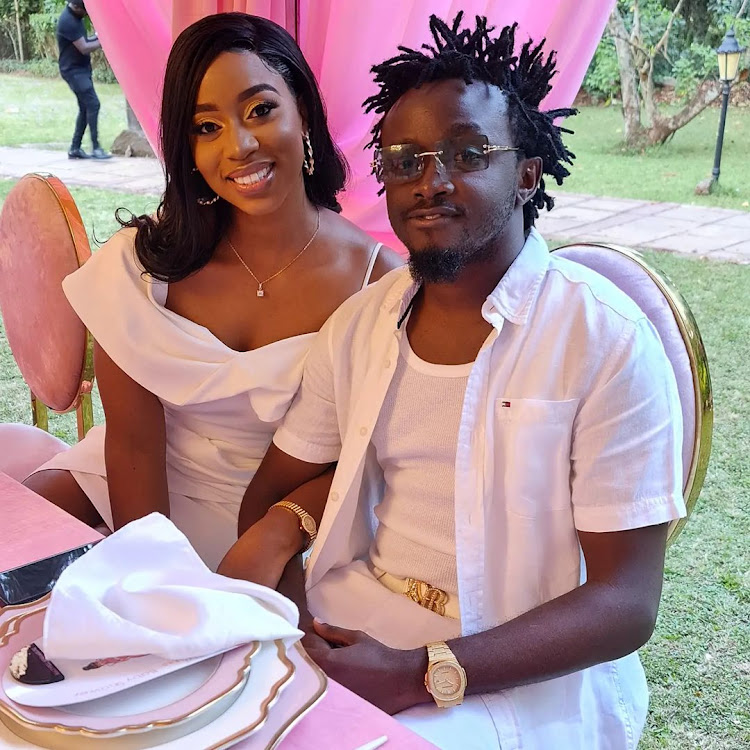 Diana Marua with Bahati in a past event. The 'Adhiambo' singer didn't attend his wife's baby shower that had been held by her fans
Image: Instagram

Diana also spoke about her pregnancy journey noting that the time a baby starts kicking was a very special time for the mother.

She also addressed the depressive stage she had gotten into early in her pregnancy stating that the reason for that was that her other pregnancies hadn't left the best memories for her.

"Even when I am at 7 or 8 months, I can't walk. Baha has to turn me. That is what I was looking back at that was depressing me and cause I wasn't prepared, I wasn't ready to get back to that journey. But I am good now."

"The pain is still there. I struggle walking but I can't complain much. I have a condition called Symphysis pubis dysfunction, where a lot of pressure is exerted on my pelvis."

She ended the interview by thanking her Premier Gang fans while also divulging that she would be taking a break from music after she gives birth.

Watch part of the interview below;

Proof Diana Marua's fans are some of the best ever!

An emotional Diana Marua cried after friends threw her a surprise baby shower on Saturday September 10th.
Entertainment
2 weeks ago

YouTuber turned rapper Diana Marua is out here appealing to Kenyans to help name her unborn child.
Lifestyle
3 weeks ago
WATCH: For the latest videos on entertainment stories

The rise of Bahati an orphan from Mathare